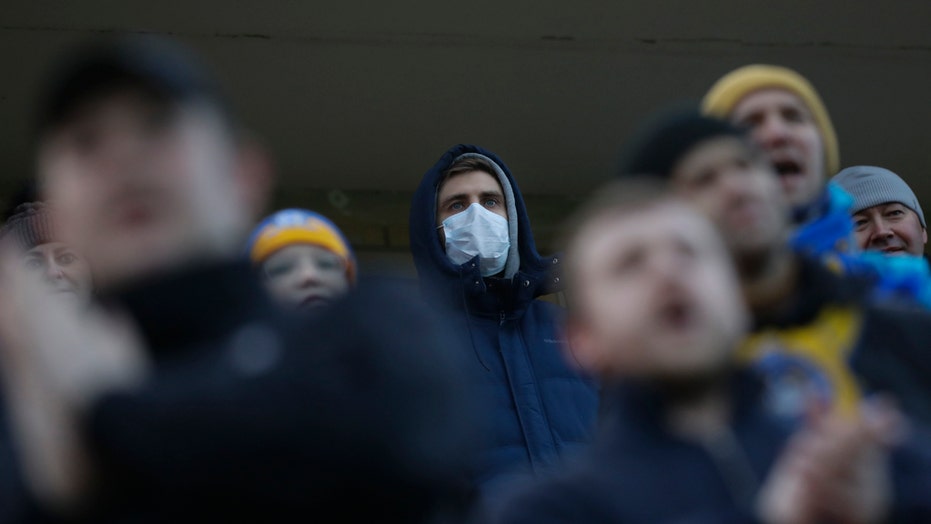 As the rest of the sporting community comes to a complete standstill in the wake of the coronavirus pandemic, one league refuses to press pause.

The Belarusian Premier League held its opening games last week, which saw eight matches packed throughout the weekend. Not a single game was delayed and the A.B.F.F., the governing body of the sport in Belarus, a landlocked country in Eastern Europe, has no intention of postponing or canceling the season, according to The New York Times.

“There is no critical condition,” head of A.B.F.F. Vladimir Bazanov said of the situation in an interview with Belarusian media. “So they decided that we are starting the championship in a timely manner.”

According to the Times, stadiums are taking some precautionary measures but there has been no limits on fan attendance or capacity. Outside a Dynamo Bret game on Friday, thermal-imaging cameras were put in place to stop anyone with a fever from entering.

The Ministry of Health has also ordered that stadiums be disinfected twice a day.

The country itself has yet to implement any restrictions on the people despite other European countries enforcing strict bans. German Chancellor Angela Merkel announced a ban on public gatherings of more than two people last week, a measure that also closed all non-essential businesses, the BBC reported.

The lack of seriousness in Belarus could trickle down from President Aleksandr Lukashenko who, despite telling people to practice social distancing, called the disease a “psychosis.”

“It is yet another psychosis, which will benefit some people and harm others,” he said last week, according to the Times. “I am absolutely convinced that panic can hurt us more than the virus itself. That’s what concerns me the most.”

Belarus has 94 confirmed cases, according to the latest figures from the Johns Hopkins Coronavirus Resource Center.