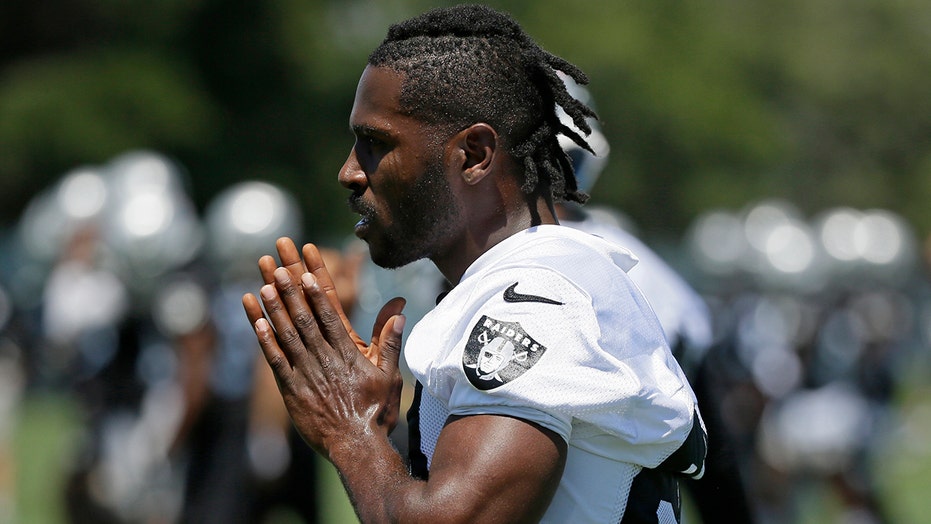 The Oakland Raiders acquired Antonio Brown from the Pittsburgh Steelers in the offseason and it appears that the wide receiver’s kids still need to get used to their dad’s new teammates.

In a teaser trailer for HBO’s “Hard Knocks,” one of Brown’s children asks: “Where’s Roethlisberger?”

OAKLAND RAIDERS' ANTONIO BROWN MAY BE SUFFERING FROM FROSTBITTEN FEET

Brown had to explain to them that Ben Roethlisberger plays for the Steelers and that he has a new quarterback: Derek Carr. Brown even went on to point out Carr on the field.

The first episode of this season’s “Hard Knocks” series premiered Tuesday and some of the focus surrounded Brown and the injuries to his feet.

Brown has missed several training camp session due to his injured feet, but no reason has been given as to how the receiver got injured. One theory claimed that he didn’t wear proper footwear in the cryogenic chamber and that his feet are actually frostbitten.

Brown shared pictures of his feet on social media.

It’s unclear when he will return to the field.