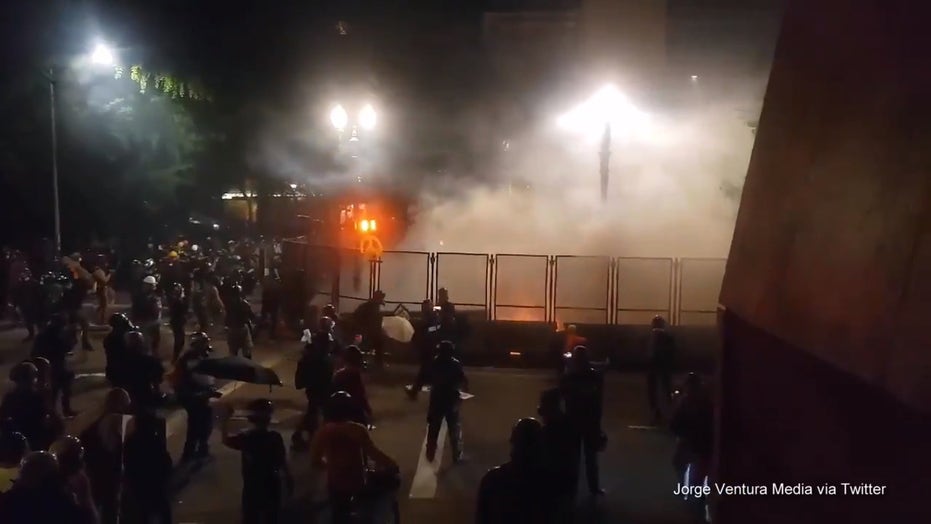 'Lara Logan Has No Agenda' on Fox Nation

Journalist and Fox Nation host Lara Logan delves into the real-life effect of socialist policies as the ideology becomes more popular in the United States in an exclusive show available on Fox Nation, the streaming service brought to you by Fox News.

From the path to socialism in California's progressive-run state to the rioting across the country by far-left radicals, to the thousands that have fled to Texas from the devastation in Venezuela, Logan investigates the agenda pushing socialism onto the American ballot in the new series titled “The Socialist Invasion.”

In the series, Logan pointed to the death of George Floyd, who died in Minneapolis police custody in May, and the protests across the country that followed.

Floyd, an unarmed Black man, died after a police officer kneeled on Floyd’s neck for almost nine minutes. Video footage of the incident became the spark for the current movement.

3 SHOWS TO WATCH ON FOX NATION IN SEPTEMBER

“Americans poured onto the streets in pain and anger,” Logan said.

She noted that the days and weeks that followed were “filled with tributes, tears, prayers and protests from Minneapolis where Floyd died to Hollywood, New York, Philadelphia and beyond.”

Following Floyd’s death, there was a growing push to defund or dismantle police departments across the country.

Nationwide, Floyd-related protests and riots lasted for weeks in more than 140 U.S. cities, including Washington, D.C., Chicago and Los Angeles. By June 4 at least 40 cities in 23 states had imposed curfews. High-end boutiques in Beverly Hills and New York like Gucci and Chanel were looted, luxury stores in Santa Monica and big-box retailers like Target and Macy’s across the US have suffered tens of millions in losses.

The National Guard was called in at least 21 states.

“With tragedy came opportunity for the socialist resistance on the left, a moment for their own Marxist revolution, and they were ready,” Logan said in the series.

“From the start, graffiti and signs at every protest carried Antifa’s messages and symbols,” she added.

She also noted that “leaders who called out professional agitators brought in from out of state to ratchet up the violence were ignored.”

Logan pointed out that months later “riots had all but consumed the protests.” She added that all police officers were “supposedly ‘bastards’ and George Floyd too often” was “missing from the narrative.” 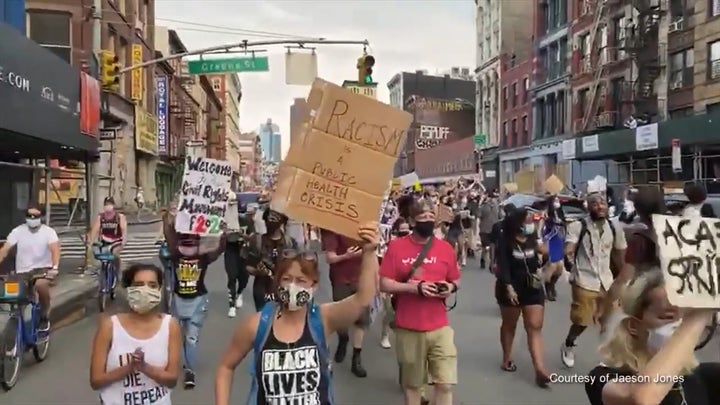 As part of the series, Logan also interviewed Jaeson Jones, a retired captain from the Texas Department of Public Safety’s Intelligence and Counterterrorism Division, who discussed the violent protests in cities across the country.

“We call them agitators and you can see them at every event,” Jones told Logan.

“There is no doubt that these groups push in agitators who bring helmets, gas masks, they use encrypted apps and they are pushing a message,” he added.

“When they find the ability to agitate and cause a problem, they’re doing that. At the same time, they’re taking away from a legitimate peaceful protest when people are trying to accomplish a legitimate goal and you are seeing that unfold in every city across the country.”

Four episodes of the series “The Socialist Invasion” are featured on the Fox Nation show “Lara Logan Has No Agenda” and are currently available for viewing.

To watch “Lara Logan Has No Agenda” go to Fox Nation and sign up today.