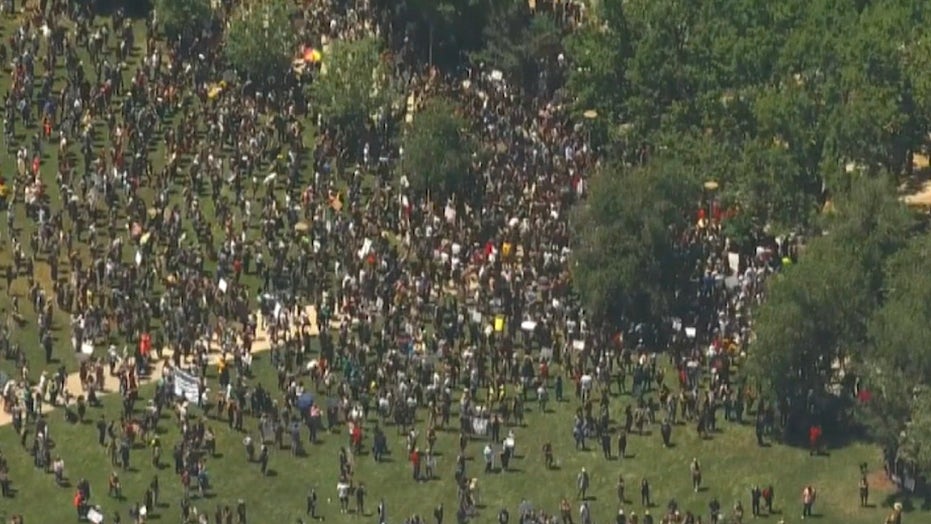 Protesters flooded the streets from coast to coast Saturday; Claudia Cowan has the details.

The costliest civil disorder in U.S. history: That's what insurance experts and city officials say the riots and demonstrations following the death of George Floyd are shaping up to be.

From police overtime to losses from fire -- as well as theft and other destruction -- costs of the unrest are adding up. And for the first time since statistics were collected in 1950, the insurance industry has labeled this a “riot and civil disorder" catastrophe in multiple states.

“The riots in the Minneapolis area are the first riot and civil disorder event designated by [Property Claim Services] since the 2015 Baltimore riots," Tom Johansmeyer, CEO of Property Claim Services (PCS), said Friday. "We continue to monitor for insured losses outside Minnesota, and the event has become the first PCS and civil disorder event to include more than one state.”

Thousands of people have peacefully demonstrated across the United States against Floyd's death, but in the early days, protests escalated into violence and vandalism in a number of cities at night.

Prior to 2020, the costliest civil disorder event in U.S. was the 1992 Los Angeles riots, according to PCS, the insurance industry's primary source for compiling and reporting insured losses resulting from catastrophes, from hurricanes to wildfires.

That five-day event caused about $1.4 billion in 2020 dollars, according to PCS. Two days of riots following the funeral of Freddie Gray caused $26 million in losses in Baltimore alone. 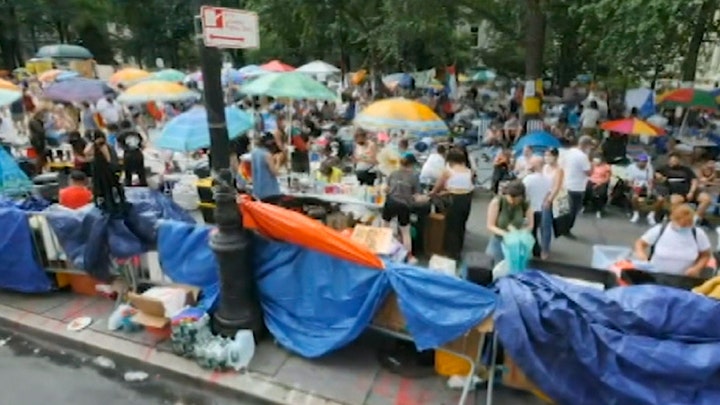 But losses stemming from the Floyd protests are likely to far exceed that. In Minneapolis, where some 400 businesses were damaged, owners and insurance experts estimate costs of the damage to exceed $500 million, according to the Minneapolis Star Tribune.

“I am confident to say we will be seeing collectively more substantial losses than we have seen in these single city incidents,” said CEO Sean Kevelighan with the Insurance Information Institute.

Nationwide, Floyd related protests and riots lasted 3 weeks in 140 U.S. cities, including Washington, D.C., New York; Chicago, Philadelphia and Los Angeles. By June 4 at least 40 cities in 23 states had imposed curfews. High-end boutiques in Beverly Hills and New York like Gucci and Chanel were looted, luxury stores in Santa Monica and big box retailers like Target and Macy’s across the US have suffered tens of millions in losses.

The National Guard were called in at least 21 states. David Weiss owns Lone Wolf Cigars in Los Angeles. One store in Santa Monica was destroyed on the second day of protests in Los Angeles. He hired private security to guard his second location the following week.

Consider this sampling of costs outside insured losses:

In Seattle, taxpayers spent $6.3 million in overtime, $67,478 on riot gear and $31,172 on pepper spray, flash bangs and other less than lethal weapons, according to SPD.  Police overtime in Portland, Oregon totaled $6.2 million.

LAPD patrol cars cost $80,000 each. Eight, according to the department, were totaled and 148 others were damaged, with broken windows, slashed tires and graffitti scrawled across the cars saying “murderers,” "kill all cops” and “say his name.” LAPD racked up $40 million in overtime -- but because the city is out of cash, a memo from Chief Michael Moore says officers must take comp time, leaving fewer officers on the street. 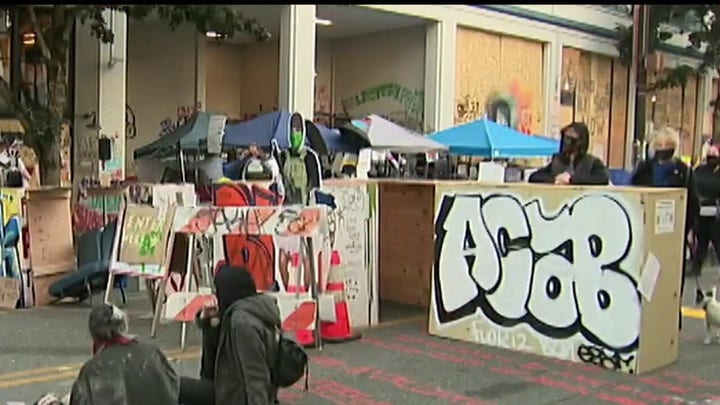 On Monday, the LAPD and the FBI held a joint press conference morning offering $10,000 for information leading to those suspected of vandalism, arson and attacks on police.

"We are looking for these suspects related to looting arson and assaults on police officers and other victims," said LAPD Deputy Chief Kris Pritcher. “Chunks of concrete, pieces of rebar, full bottles of bleach. A variety of different weapons and it didn’t just include the officers but rather also civilians.”

It comes as police departments are already dealing with shortfalls related to the coronavirus crisis.

“So when you're dealing with more cost to try to deal with this, with the current unrest in the society, we're also having to think about how we're going to deal with the shortfalls that we have because of the COVID-19 pandemic,” said officer Marco Monteblanco of the Washington State Fraternal Order of Police.

He added: “To deal with hundreds and hundreds of individuals who are attacking people, who are burning buildings, who are damaging property, that takes a toll both on response times for the public because we're reallocating all of our resources to deal with that situation and things are not getting answered.”

In Tucson, police overtime for one night May 30 cost taxpayers more than $100,000 for 239 employees, about the annual salaries of two rookie officers. On that same Saturday night, Cleveland police racked up $3 million in overtime. Even small towns incurred costs: Fargo, N.D., spent $840,000 and Harrisburg, Pa., $50,000 in overtime.

“Fortunately, we only had one day of social unrest, whereas other cities had four, five, six, seven days,” said Cleveland Mayor Frank Jackson. “In order for us to do what we had to do, we had to spend over $3 million in overtime.” 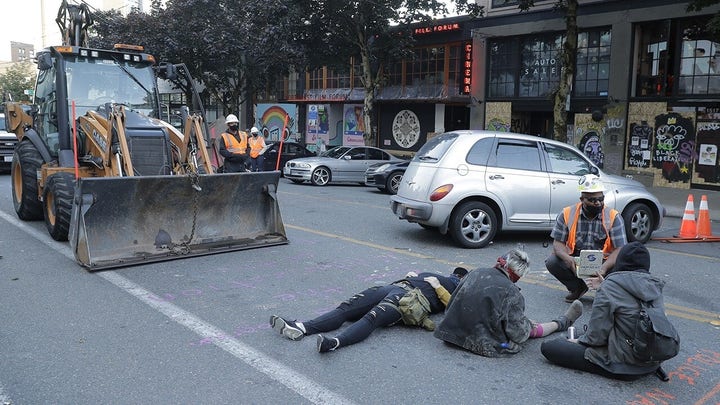 But the highest costs related to the demonstrations are likely property damage, where thousands of businesses were damaged or destroyed.

"Fire, physical objects being thrown, automobiles being damaged, or even if people were on the job, there may be workman's comp claims," said Kevelighan of the Insurance Information Institute.

"The larger the city, you will have a higher ratio of self-insurance. What does that mean? That means taxpayers dollars will have to go to any losses that occurred and that puts a strain on the budget,” Kevelighan said.

Property Claims Services made its determinations about the “civil disorder event” by talking to insurance companies. Homeowner, auto and business owner policies can cover damage from civil unrest, but how that will shake out is still being added up. Industry executives expect most claims will come from commercial policies.

"When you look at the U.S., riot and civil disorder may generally appear as a sub-$100 million risk, with the potential for much greater losses. But, when you add a handful of large national or international companies with losses of more than $100 million each, you could see a much larger industry loss begin to materialize. The large losses within the catastrophe could change the character of the overall event,” said Johansmeyer of Property Claim Services.

During the latest demonstrations, looters struck at least 250 CVS pharmacies and 350 Walgreens nationwide.

None of the figures so far include lawsuits. Payouts are likely to hit taxpayers and ratepayers alike, as claims against cops for unnecessary force begin to hit cities, many of whom are self-insured.

Black Lives Matter is suing federal officials for actions taken in Lafayette Square across from the White House. Other lawsuits have been filed by protesters alleging injuries by police from foam bullets and other non-lethal forms of crowd control. The Legal Aid Society of New York City sued the city over an alleged violation of a rule that arrested New Yorkers must be arraigned within 24 hours of their arrest.