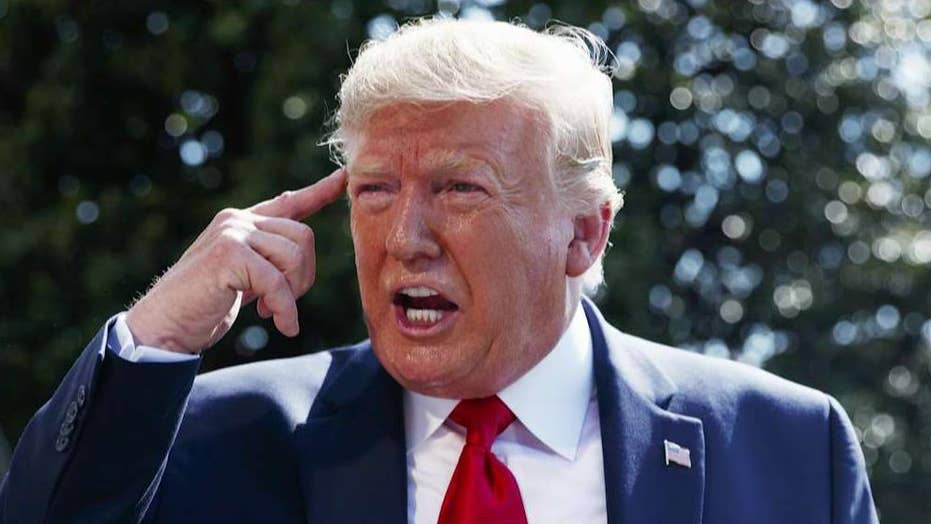 A lawyer for the anonymous whistleblower who filed a complaint with the Inspector General over President Trump’s July phone call with Ukraine’s president sent a cease and desist lawyer to the White House Thursday, demanding Trump stop attacking his client, according to reports.

The letter, written by attorney Andrew Bakaj, asks White House counsel Pat Cipolloneto to advise Trump of the “legal and ethical peril in which he is placing himself should anyone be physically harmed” because of Trump’s or his surrogate's actions, The Hill reported.

GREGG JARRETT: WHISTLEBLOWER NOT ENTITLED TO ANONYMITY – HE’S AN INFORMANT ACTING AS A DEMOCRATIC OPERATIVE

Bakaj wrote that the president is "engaging in rhetoric and activity that places my client, the Intelligence Community Whistleblower, and their family in physical danger."

"Should anyone be physically harmed, my co-counsel, Mark Zaid, and I will not hesitate to take any and all appropriate action against your client," he added, according to The Hill.

Trump has repeatedly attacked the whistleblower in an effort to discredit him or her and along with some Republicans said he or she should be identified.

The whistleblower’s complaint alleging Trump abused his office by asking Ukrainian President Volodymyr Zelensky to investigate former Vice President Joe Biden and his son Hunter led the House of Representatives to launch an impeachment inquiry at the end of September.