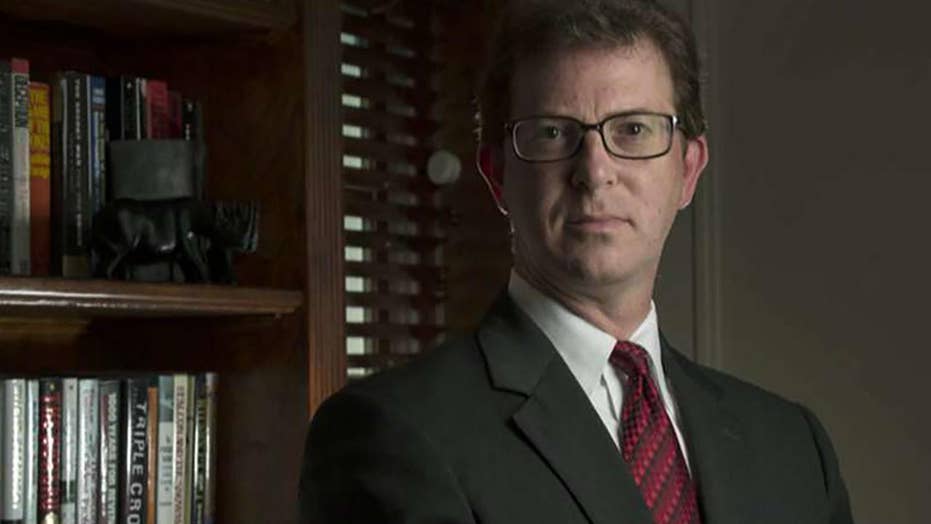 Fox News correspondent Todd Piro on what to expect next week from the public impeachment hearings.

Mark Zaid, the attorney for the Ukraine call whistleblower, on Thursday defended a series of tweets from 2017 in which he predicted a "coup" against President Trump and promised to “get rid of him” -- saying in a statement the tweets referred to “a completely lawful process.”

Shortly after the publication of a Fox News article Wednesday highlighting the stream of anti-Trump tweets, Trump himself lambasted Zaid during a rally in Louisiana, calling the attorney “disgraceful.”

After tweeting lightheartedly about the controversy Wednesday night, Zaid sent Fox News a formal statement Thursday in which he said the social media posts were written with the belief that Trump would likely be “stepping over the line” at some point during his presidency.

“Those tweets were reflective and repeated the sentiments of millions of people,” Zaid said. “I was referring to a completely lawful process of what President Trump would likely face as a result of stepping over the line, and that particularly whatever would happen would come about as a result of lawyers. The coup comment referred to those working inside the Administration who were already, just a week into office, standing up to him to enforce recognized rules of law.“

The statement comes as Trump pointed to those 2017 statements in arguing the impeachment inquiry touched off by the whistleblower's complaint should be ended.

“Based on the information released last night about the Fake Whistleblowers attorney, the Impeachment Hoax should be ended IMMEDIATELY!” Trump tweeted. “There is no case, except against the other side!”

The anonymous whistleblower filed the complaint earlier this year about Trump's July 25 phone call with Ukrainian President Volodymyr Zelensky, in which he asked for Zelensky to assist in the investigations of alleged Democratic activities during the 2016 election, as well as former vice president Joe Biden and his son Hunter, particularly Hunter Biden's business dealings with Ukrainian energy company Burisma Holdings. The related impeachment inquiry has focused on whether Trump tried to pressure Zelensky into taking part in the investigations, and if military aid or a White House visit were used as leverage.

Zaid has been critical of Trump since the start of the administration.

As Fox News reported Wednesday, Zaid tweeted less than two weeks into Trump’s presidency that a “#coup has started” and that “#impeachment will follow ultimately.”

On Feb. 5, 2017, still less than a month into Trump’s term, Zaid said, “Every day that goes by brings us closer to impeachment.”

The following week, in response to an accusation that Zaid had taken sides against the president, the attorney was completely transparent in his animus.

“100%. I'm not hiding anything,” he tweeted. “Anti-Trump. Worst presidential choice in modern history. Not a repub or dem issue.”

Then, in July 2017, Zaid remarked, "I predict @CNN will play a key role in @realDonaldTrump not finishing out his full term as president." Also that month, Zaid tweeted, "We will get rid of him, and this country is strong enough to survive even him and his supporters."

Trump first responded to learning about Zaid's tweets at a campaign rally in Louisiana Wednesday night, quoting extensively from the Fox News article from earlier in the day.

"Democrats must be accountable for their hoaxes and their crimes," Trump said, holding a printout of the Fox News piece.

Fox News’ Gregg Re, David Spunt and Cody Derespina contributed to this report.