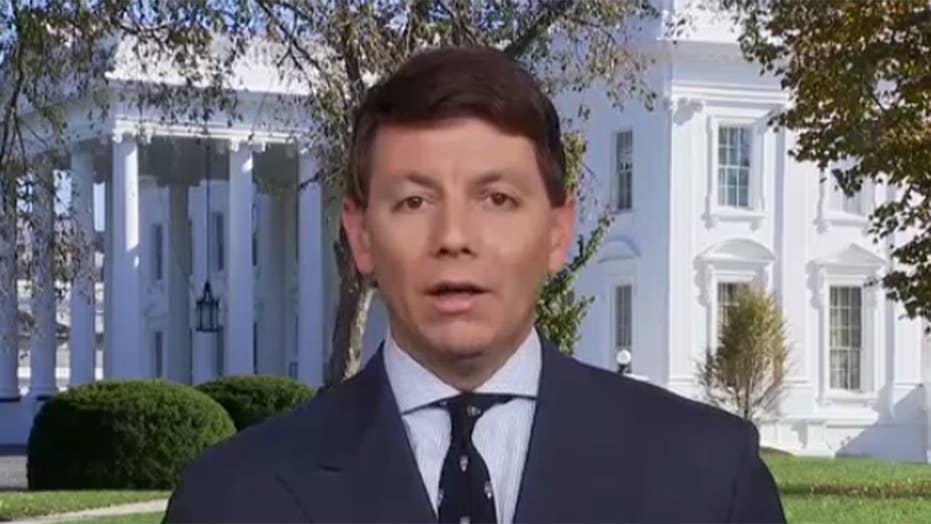 The notion that the Ukraine “whistleblower” is somehow entitled to anonymity was probably first peddled by the Flat Earth Society. It is a myth and demonstrably so.

It is understandable why unscrupulous Democrats like Rep. Adam Schiff, D-Calif., have perpetuated the canard. As chairman of the House Intelligence Committee – which is presiding over the current impeachment “witch hunt” – Schiff is determined to conceal his own involvement with the faux “whistleblower” and his subsequent deceit about those machinations.

But it is incomprehensible why most of the media have failed to expose the hoax. Likely driven by their abiding liberal bias and pervasive laziness, they have simply accepted as scripture whatever Democrats and members of the intelligence community fed them. Did they bother to consult the prevailing law? Obviously not.

If they had done so, they would have discovered that nowhere in the Intelligence Community Whistleblower Protection Act (ICWPA) is anonymity even mentioned. Nor is it found in Presidential Policy Directive 19, which also provides specific whistleblower protections.

The Inspector General Act of 1978 prohibits the inspector general from releasing the name of a complainant, but this applies to no one else.

Under this framework, whistleblowers are granted certain rights against retaliation or reprisal in the workplace. In other words, they cannot be demoted, transferred, fired or otherwise penalized for filing a complaint that meets the statutory whistleblower requirements.

However, identity protection is neither provided for, nor contemplated, anywhere in the language.

But let’s assume, for the sake of argument, that a whistleblower might deserve anonymity under exigent circumstances of some sort. He or she must first qualify for whistleblower status under the governing law. Yet, in the present case, he does not.

To put it plainly, there is no whistleblower statute that permits an unelected and inferior federal employee to blow the whistle on the president, the most superior officer in the U.S. government.

As I first explained in a column six weeks ago, the so-called “whistleblower” is not a whistleblower at all. The complaint he filed against President Trump does not meet the two requisite conditions set forth in the ICWPA. That is, the alleged wrongful conduct must involve intelligence activity and it must be committed by a member of the intelligence community.

This was meticulously explained in an 11-page opinion by the Justice Department’s Office of Legal Counsel (OLC) when it issued the following opinion: “The president is not a member of the intelligence community, and his communication with a foreign leader involved no intelligence operation or other activity aided at collecting or analyzing foreign intelligence.”

The OLC opinion made it clear that the complaint by the so-called “whistleblower” regarding Ukraine was so deficient that Congress should never have been notified. The acting director of national intelligence agreed with this assessment. The legal analysis and reasoning was sound.

In our constitutional form of government, the president is a unitary executive. He is not a member of any department or agency – they report to him.

To put it plainly, there is no whistleblower statute that permits an unelected and inferior federal employee to blow the whistle on the president, the most superior officer in the U.S. government.

Article II of the Constitution gives the president sweeping power to conduct foreign affairs, negotiate with leaders of other nations, make requests or solicit information.

The Constitution does not grant the power of review, approval or disapproval to bureaucratic employees. Indeed, the whistleblower law explicitly excludes a complaint involving “differences of opinion concerning public policy matters.”

So what should we call the fake “whistleblower”?  It is more accurate to describe him as an undercover informant acting as a Democratic operative who spied on President Trump by gathering hearsay information intended to damage him.

Moreover, there is increasing evidence that the informant was aided and abetted by none other than Schiff and/or Schiff’s staff to invent a pretext for the impeachment of the president.

This is why Schiff has worked sedulously to hide the informant’s identify and obstruct any questions by Republican House members about their relationship (or, if you like, “collusion”).

The informant has no firsthand knowledge of the salient facts surrounding the telephone conversation on July 25 between President Trump and Ukrainian President Volodymyr Zelensky.

In his complaint, the informant offered his interpretation, however uninformed, of the phone call that he neither heard nor read in a transcript. His opinion is irrelevant and immaterial.

But the informant is a direct “fact witness” of the suspected scheme to remove President Trump from office. And so is Schiff. Both should be forced to testify under oath.

Mark Zaid, the lawyer for the unidentified informant, says his client is willing to respond to written questions. This is a cynical attempt to evade the scrutiny of cross-examination that would expose the charade.

In rejecting the offer, Rep. Jim Jordan, R-Ohio, said: “You don’t get to ignite an impeachment effort and never account for your actions and role in orchestrating it.”

Nor should the informant be allowed to hide in the shadows of anonymity. There is no law that prevents the media from disclosing his name. That has not stopped Zaid and his law partner, Andrew Bakaj, from issuing a threat to take punitive action if their client’s identity is revealed.

There is no legal basis that would support such a case. It is nothing more than a shameful attempt to intimidate the media into silence.

The informant’s identity is already known to many journalists. It is only a matter of time before the curtain is peeled back for all to see. Fairness and justice demand it. Only then will the purely partisan motivations behind the impeachment insanity be laid bare.