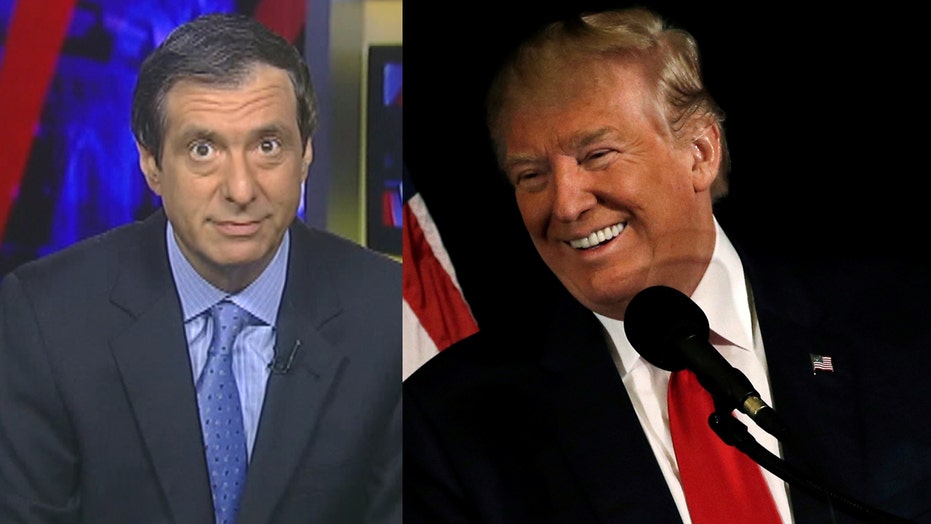 Donald Trump is a genius.

That’s the line that such top surrogates as Rudy Guiliani and Chris Christie have been peddling in the wake of the New York Times publishing a 20-year-old tax return showing that Trump wrote off a loss of $916 million.

What’s ingenious is the brazen spin, and I say that as someone who thinks the tax story is not the “bombshell” that most in the media—and the Clinton campaign—think it is.

As the two VP candidates get ready to square off today, the white-hot media spotlight remains firmly on Trump. There are negative stories pushed by the press and negative stories he creates with his own remarks and tweets.

The tax story has two potential downsides. One is the appearance that Trump, running against a rigged system, took advantage of that rigged system while ordinary folks had to fork over part of their paychecks to Uncle Sam. (The Times story didn’t purport to prove that Trump paid no income taxes for up to 18 years, but his campaign, while ripping the paper as an extension of the Clinton campaign, hasn’t denied it.)

But since the Trump deduction was perfectly legal—and not unlike what middle-class people can deduct for losses on a home or stock—I believe most people will say that he was just doing what businessmen do. In fact, to pass up a large legal tax break would be corporate malpractice.

As if to underscore the point, Forbes has reported that the Times paid no income tax for 2014 and got a $3.5 million refund, despite a pre-tax profit of $29.9 million. So there.

The story’s other potential downside is that if Trump built such a great company, why he did he lose nearly a billion dollars in one year? He was dealing with a tailspin in the Atlantic City casino market, as well as problems with other properties such as the airline he bought. But on balance, I think most people view Trump as having overcome a rough patch in building a successful global brand.

It’s illegal to publish someone’s tax returns without permission, but Times Executive Editor Dean Baquet said early last month he would do so because Trump is “a presidential candidate whose whole campaign is built on his success as a businessman, and his wealth.” The paper probably faces no liability since it did nothing questionable to obtain the 1995 return, which was anonymous sent to a Times reporter. And, of course, this would be an old story if Trump had released his tax returns, like every major-party candidate since the 1970s.

The tax flap came at the end of a rough week for Trump, from the debate to his repeated attacks on a former Miss Universe after Clinton raised that issue at Hofstra.

In a Saturday night speech, Trump questioned whether Hillary had remained “loyal” to Bill—an intimation of cheating for which there is no evidence.

Alec Baldwin—a big Dem who once hosted a show on MSNBC—pretty effectively mocked Trump the debater on “SNL.”

The AP hit Trump yesterday with a big piece on his past as a television entertainer:

“In his years as a reality TV boss on ‘The Apprentice,’ Donald Trump repeatedly demeaned women with sexist language, according to show insiders who said he rated female contestants by the size of their breasts and talked about which ones he'd like to have sex with.”

The sources, to AP’s credit, are on the record. But anyone who’s listened to the past Howard Stern interviews knows that Trump engaged in all kinds of locker-room talk would be utterly inappropriate for a politician—before he decided to become one.

Oh, and to top it off, LeBron James endorsed Hillary.

So with six days till the next debate, Trump has to figure out how to shift his campaign back to the issues that voters care about—he did a cybersecurity speech yesterday—reverse Clinton’s bump in the polls, and improve his performance at the St. Louis faceoff. If he does that, his surrogates will have an easier time calling him a genius.