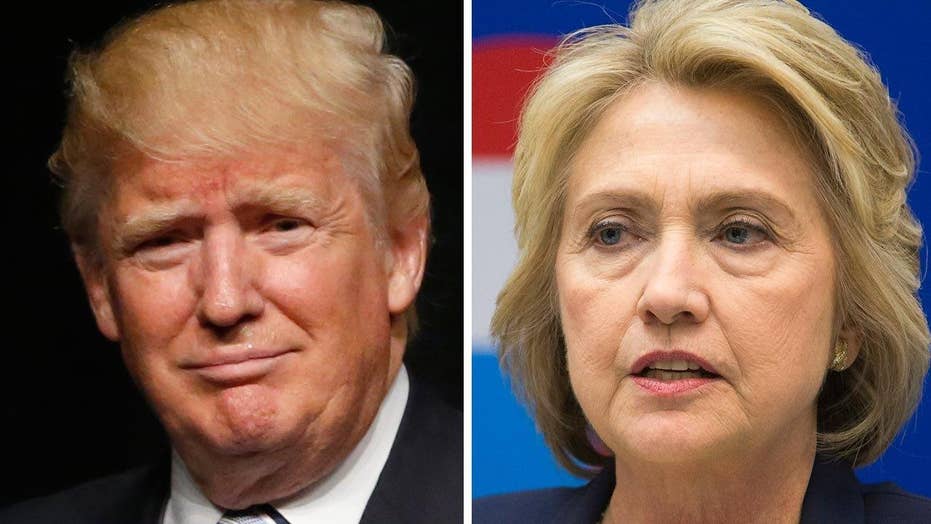 Are voters conflicted about Trump and Clinton?

New poll finds voters feel that Trump would better handle ISIS, but favor Clinton in an international crisis. Voters also believe Clinton is better prepared to be president, but that Trump is a better leader. Karl Rove goes 'On the Record' to examine

Donald Trump and Hillary Clinton are making big campaign promises as they prepare for a likely November election face-off – but a new poll shows voters have little faith either candidate can deliver if elected president.

The Quinnipiac University poll released Thursday showed that on Trump’s marquee campaign promise – to build a wall along the U.S.-Mexico border – just 24 percent of voters believe the presumptive Republican nominee would be able to construct it and have Mexico foot the bill.

As for Clinton’s call to limit secret money in politics or restrict the influence of Wall Street, voters are similarly skeptical.

“No matter which candidate you pick, you can cut the cynicism with a knife,” Tim Malloy, assistant director of the Quinnipiac University Poll, said in a statement.

Voters had a bit more faith that Trump would try to achieve his campaign promises, even if they doubt he’ll succeed. On the border wall, 39 percent said he’d try and fail, while 29 percent said he wouldn’t actually try.