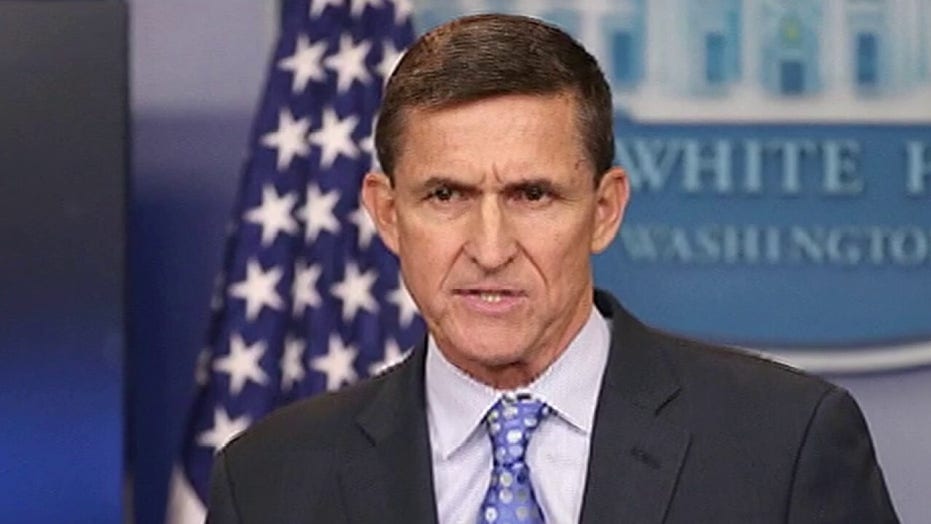 Obama's unexpectedly intimate knowledge of the details of Flynn's calls, which the FBI acknowledged at the time were not criminal or even improper, raised eyebrows because of his own history with Flynn -- and because top FBI officials secretly discussed whether their goal was to "get [Flynn] fired" when they interviewed him in the White House on January 24, 2017.

The exhibit continues: "It was not clear to Yates from where the President first received the information. Yates did not recall Comey's response to the President's question about how to treat Flynn. She was so surprised by the information she was hearing that she was having a hard time processing it and listening to the conversation at the same time."

Yates, who was fired by the Trump administration after taking the extraordinary step of refusing to defend its travel ban executive order in court, would later say that she was concerned Flynn would be vulnerable to blackmail because of his interactions with Russia.

Also released as an exhibit Thursday was a head-turning two-page document outlining why the FBI opened its counterintelligence probe into Flynn in August 2016. The FBI offered only three reasons: that Flynn was "cited as an adviser to the Trump team on foreign policy issues February 2016; he has ties to various state-affiliated entities of the Russian Federation, as reported by open-source information; and he traveled to Russia in December 2015, as reported by open-source information."

The "state-affiliated entities" line was an apparent reference to Flynn's paid appearance at a Moscow gala for Russian state TV network RT in 2015. Flynn also reportedly received thousands more in expenses covered by the network and in speech fees from other Russian firms, including some payments that he initially didn't disclose on ethics forms. The payments raised eyebrows on Capitol Hill, although Republicans pointed out that many other prominent officials, including Bill Clinton, have traveled to Russia for highly paid speaking engagements.

Ex-FBI agent Peter Strzok approved opening a full-fledged national security probe on those apparently weak grounds, according to the FBI document, even though Flynn's speaking engagements in Russia were public knowledge. DOJ guidelines call for the FBI to open such counterintelligence probes only when there is a reasonable and articulable basis to believe that criminal activity has occurred or that a threat to national security may exist.

Strzok later would intervene and push to keep the Flynn probe open in January 2017, even after the FBI's Washington office signaled it wanted to close it because no "derogatory" information had been unearthed after consulting with other intelligence agencies in an exhaustive search.

On the recommendation of U.S. Attorney Jeff Jensen, who served as an FBI agent for more than a decade, the Justice Department on Thursday moved to drop its case against Flynn. The stunning development came after internal memos were released raising serious questions about the nature of the investigation that led to Flynn’s late 2017 guilty plea of lying to the FBI as his legal fees mounted.

One of the documents was a top official's handwritten memo debating whether the FBI's "goal" was "to get him to lie, so we can prosecute him or get him fired"; other materials showed efforts by Strzok to pursue Flynn on increasingly flimsy legal grounds.

The FBI possessed word-for-word transcripts of Flynn's December 2016 conversations with Kislyak, and publicly admitted to reviewing those transcripts and clearing Flynn of any wrongdoing. The FBI's leak to The Washington Post that claimed the FBI cleared Flynn -- which was published just a day before the Flynn White House interview -- may have been an effort to lower his guard.

Both during and before the January 24, 2017 White House interview that led to Flynn's prosecution for one count of lying to the FBI, the bureau acknowledged having those full transcripts, raising the question of why agents would need to ask Flynn about what he said during the calls with Kislyak, except potentially as a pretext to obtain a false statements charge.

Flynn was accused specifically of giving equivocal and evasive answers to FBI agents in the White House during a casual interview concerning those phone calls, but no transcript of the conversation exists. Instead, after-the-fact FBI notes of the interview with Strzok and Joe Pientka were the primary evidence.

During the interview, Flynn told the agents "not really" when asked if he had sought to convince Kislyak not to escalate a brewing fight with the U.S. over sanctions imposed by the Obama administration, according to a FD-302 witness report prepared by the FBI. Flynn also demurred when asked if he had asked Russia to veto a U.N. Security Council resolution that condemned Israel’s settlements in the West Bank. The Obama administration abstained in that vote.

At various points, Flynn also suggested that such conversations might have happened or that he could not recall them if they did, according to the 302. The 302 indicated that Flynn apparently was aware his communications had been monitored, and at several points he thanked the FBI agents for reminding him of some of his conversations with Russian officials.

The FBI said Flynn had in fact discussed with Kislyak the need for Russia not to escalate the situation in response to sanctions just imposed by the Obama administration. Special Counsel Robert Mueller's report stated that "Flynn requested that Russia not escalate the situation, not get into 'tit for tat,' and only respond to the sanctions in a reciprocal manner." Flynn did not discuss an effort to undo the Obama sanctions, contrary to some media reports.

Strzok later was removed from then-Special Counsel Robert Mueller's team when his anti-Trump text messages surfaced, and Pientka now has been under scrutiny for his role in various Trump probes.

Pientka has been scrubbed from the FBI website after Fox News asked the bureau about him, and Republican lawmakers (including Sen. Lindsey Graham, R-S.C., and GOP Reps. Jim Jordan and Mike Johnson) are seeking to question him. The FBI told Fox News last year that reporting Pientka's name was irresponsible and endangered his life for no journalistic purpose. 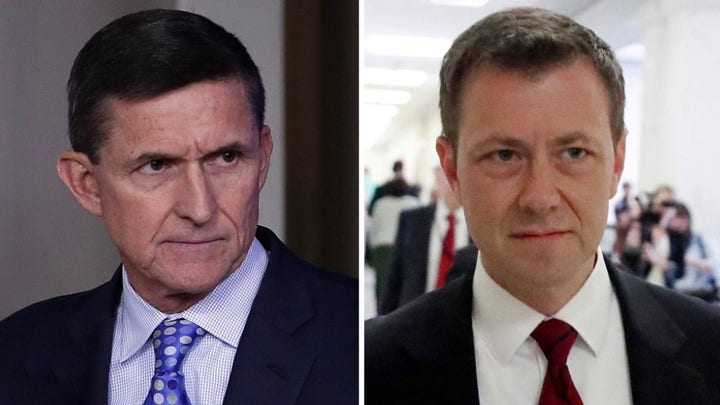 The FBI's recently released handwritten notes in advance of the Flynn interview -- which the FBI's former head of counterintelligence Bill Priestap wrote after a meeting with Comey and then-FBI Deputy Director Andrew McCabe, Fox News is told -- suggested that agents planned in the alternative to get Flynn "to admit to breaking the Logan Act" when he spoke to Kislyak during the presidential transition period.

Another note read, "If we get him to admit to breaking the Logan Act, give facts to DOJ + have them decide." Constitutional law professor Jonathan Turley called the document's implications "chilling."

DOJ DROPS FLYNN CASE, AFTER HE SOLD HIS HOME, LOST HIS CAREER

Van Grack also was withdrawing from other unrelated cases as well, raising questions about his future at the DOJ. No explanation was given for Van Grack's abrupt withdrawal from the Flynn case, which was recorded in a brief filing with the court on Thursday. An administration official told Fox News that Van Grack was still at the DOJ and has not resigned.

Van Grack's removal from the cases came just days after Fox News reported that the explosive, newly unsealed evidence documenting the FBI's efforts to target Flynn called into question whether Van Grack complied with a court order to produce favorable evidence to Flynn.