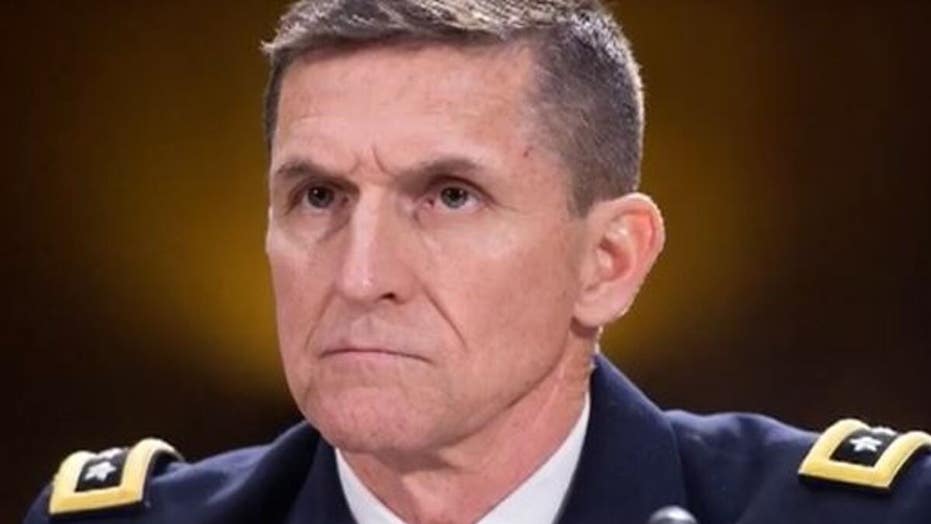 K.T. McFarland on Flynn takedown: 'It wasn't just one or two bad apples'

K.T. McFarland tells Brian Kilmeade it was more than just Peter Strzok who was involved in taking down General Flynn. 'It had to be multi-agency,' McFarland says.

The Justice Department on Thursday moved to drop its case against former National Security Adviser Michael Flynn, in a stunning development that comes after internal memos were released raising serious questions about the nature of the investigation that led to Flynn’s late 2017 guilty plea of lying to the FBI.

Later Thursday afternoon, Flynn tweeted a video of his grandson reciting The Pledge of Allegiance, along with the message, "and JUSTICE for ALL."

Breadcrumbs were being dropped in the days preceding the decision that his case could be reconsidered. Documents unsealed a week ago by the Justice Department revealed agents discussed their motivations for interviewing him in the Russia probe – questioning whether they wanted to "get him to lie" so he'd be fired or prosecuted, or get him to admit wrongdoing. Flynn allies howled over the revelations, arguing that he essentially had been set up in a perjury trap. In that interview, Flynn did not admit wrongdoing and instead was accused of lying about his contacts with the then-Russian ambassador – to which he pleaded guilty. 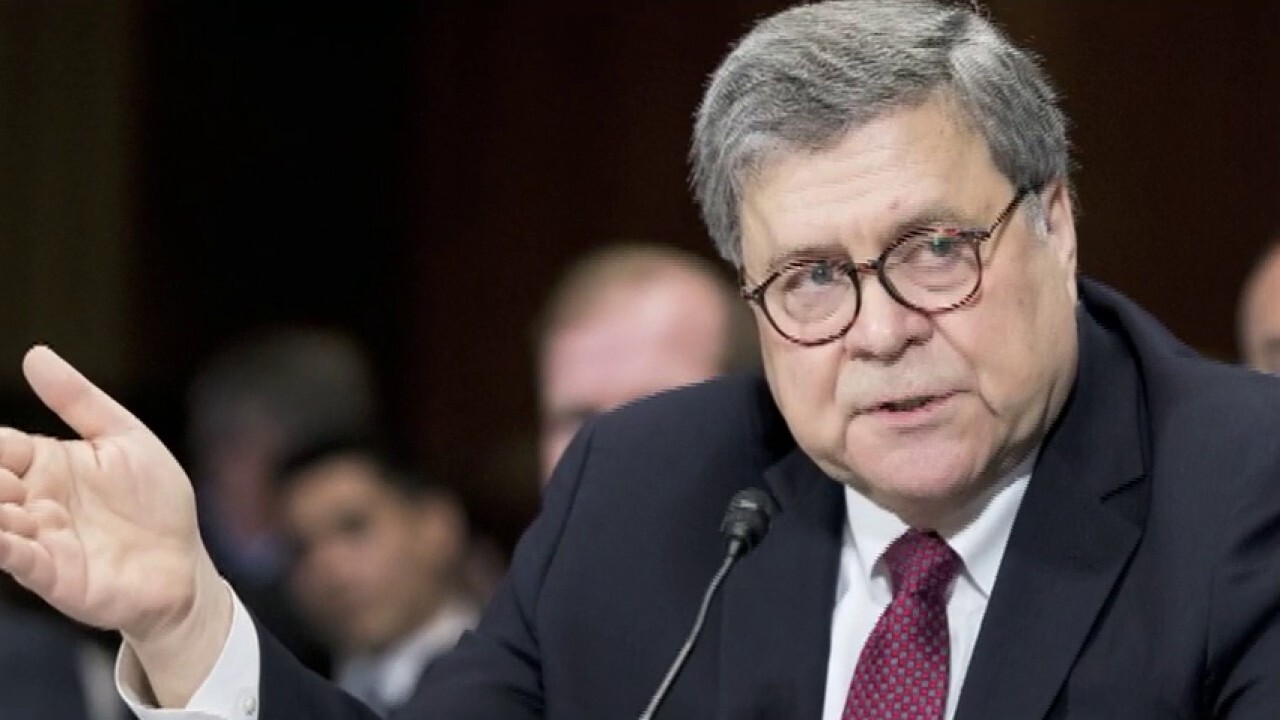 The U.S. attorney reviewing the Flynn case, Jeff Jensen, recommended dropping the case to Attorney General William Barr last week and formalized the recommendation in a document this week.

President Trump reacted from the Oval Office just minutes after the DOJ filing surfaced. "He was an innocent man... Now, in my book, he's an even greater warrior," Trump said, while criticizing Obama administration officials. "They're human scum. ... It’s treason."

And House Judiciary Committee Chairman Jerrold Nadler, who was a key figure during Trump's impeachment proceedings, called the decision "outrageous."

"The evidence against General Flynn is overwhelming," Nadler, D-N.Y., said in a statement, while urging an inspector general investigation.

Meanwhile, the DOJ on Wednesday released a mostly unredacted version of former Deputy Attorney General Rod Rosenstein’s August 2017 "scope memo," outlining the authority then-Special Counsel Robert Mueller had for his investigation. That document revealed for the first time that Mueller's authority went significantly beyond what was known previously.

Rosenstein's memo was known to have authorized Mueller to investigate "any links and/or coordination between the Russian government and individuals associated with the campaign of President Donald Trump," and "any matters that arose or may arise directly from the investigation," and "any other matters within the scope of [obstruction of justice laws]."

But, the new document made clear that Rosenstein authorized a deep-dive criminal probe into the Trump campaign that extended well beyond Russian interference efforts. 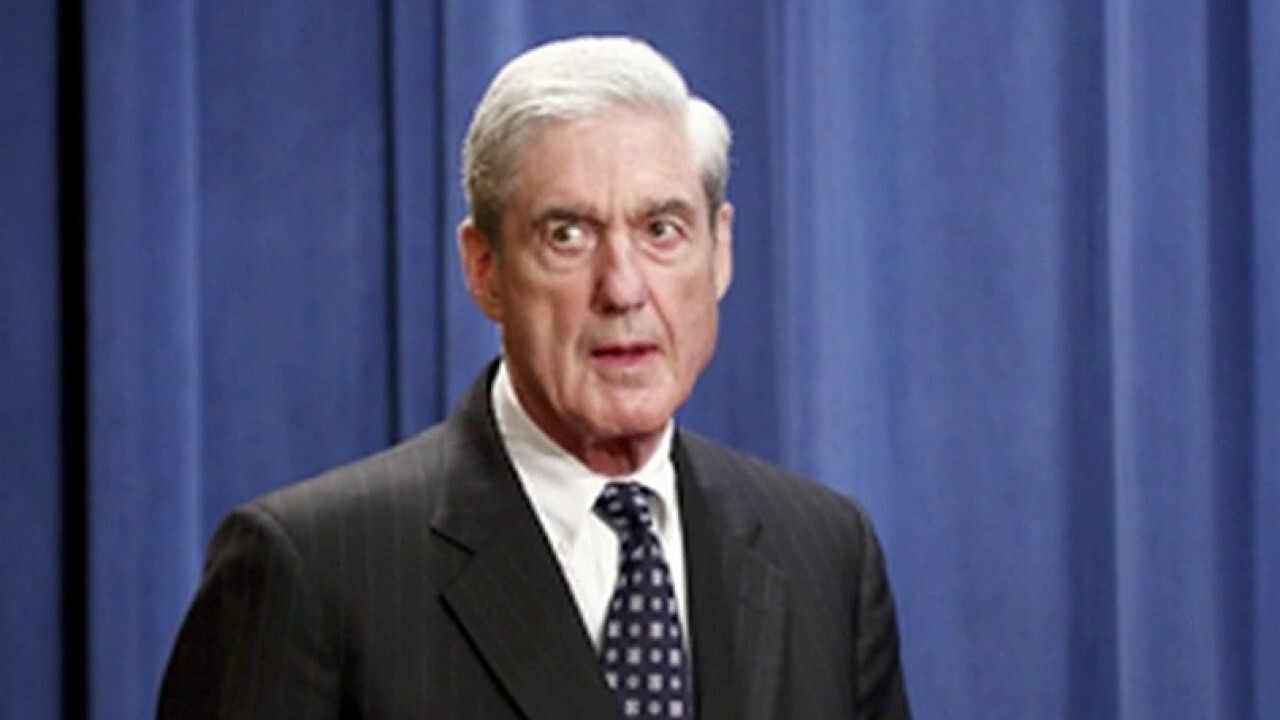 The memo revealed that Mueller was, among other things, looking into whether Flynn "committed a crime or crimes by engaging in conversations with Russian government officials during the period of the Trump transition."

That was an apparent reference to the Logan Act, an obscure statute that has never been used in a criminal prosecution successfully and was intended to prevent individuals from claiming falsely to represent the United States government abroad.

Meanwhile, the handwritten notes showing agents discussing his interview – which the FBI's former head of counterintelligence Bill Priestap penned after a meeting with then-FBI Director James Comey and then-FBI Deputy Director Andrew McCabe – sparked even bigger reverberations for the case.

The notes, released last week, showed agents considered various options in the run-up to the fateful January 2017 interview, including getting Flynn "to admit to breaking the Logan Act" when he spoke to former Russian Ambassador Sergey Kislyak during the presidential transition period.

Another note read, "If we get him to admit to breaking the Logan Act, give facts to DOJ + have them decide." The memo appeared to weigh the pros and cons of pursuing those different paths, while cautioning: "If we’re seen as playing games, WH [White House] will be furious."

Aside from swiftly being ensnared in Mueller's investigation in the fallout from that interview, Flynn was fired from his prominent post as national security adviser in February 2017. The resignation came as he was accused of misleading Vice President Pence and other senior White House officials about his communications with Kislyak.

Flynn's supporters have insisted he was innocent but was pressured to plead guilty when his son was threatened with prosecution and he exhausted his financial resources. The release of the handwritten FBI notes fueled accusations from Flynn's defenders that agents did not conduct themselves properly in the case.

NOW-IMPERILED CASE AGAINST FLYNN COST HIM MILLIONS OF DOLLARS, HIS HOUSE, JOB

Meanwhile, the Rosenstein scope memo further authorized a Foreign Agents Registration Act (FARA) review into Flynn's dealings with Turkey. Prosecutors have suggested Flynn's guilty plea on one count of false statements to the FBI allowed him to escape liability for a possible FARA charge – in other words, the FARA case may have provided leverage.

FARA prosecutions have picked up dramatically in recent years, and prosecutor Van Grack, who led the DOJ's case against Flynn, was appointed to head up the new FARA unit at the Justice Department in 2019.

Van Grack has been under scrutiny for claiming to a federal court that he had turned over all relevant exculpatory informing involving Flynn – even though a slew of "exculpatory" documents surfaced last week.

The case has come at an enormous cost for the retired three-star Army lieutenant general and his family, as he racked up millions of dollars in legal bills, was forced to sell his house, lost his job and saw his reputation sullied.

Flynn earlier this year moved to withdraw his guilty plea for making false statements to the FBI regarding his communications with Kislyak. His legal team, at the time, said the move was "because of the government's bad faith, vindictiveness and breach of the plea agreement."

In December 2017, and on the brink of financial ruin, Flynn was forced to put his home in Old Town Alexandria, Va. – located just outside Washington ,D.C. – on the market with an asking price of $895,000 to pay his mounting legal bills.

The townhouse sold for $819,995 in September 2018, Zillow showed. Powell confirmed the sale of the house to Fox News.