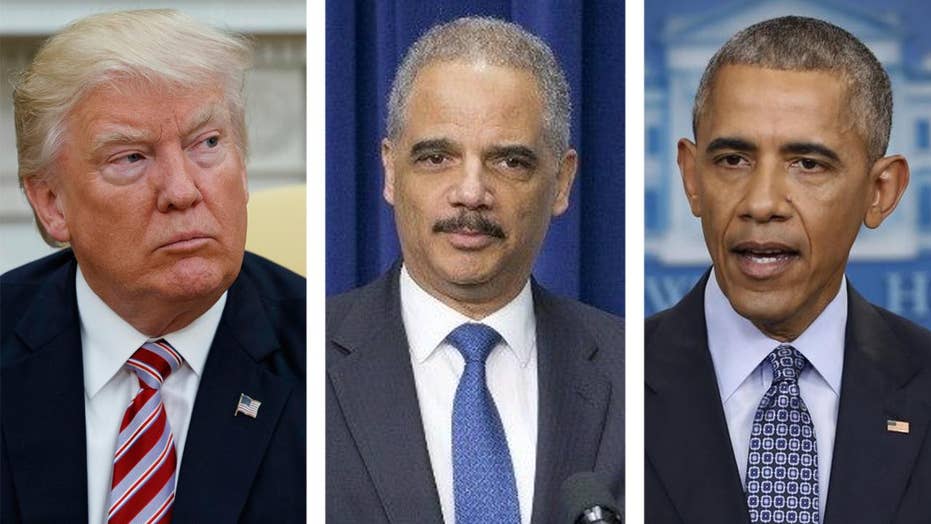 A redistricting group that is backed by former President Barack Obama and led by former attorney general Eric Holder raised more than $11 million last year and has set a new fundraising goal of $30 million to help their upcoming efforts to target Republicans in 12 states.

The National Democratic Redistricting Committee (NDRC), a D.C.-based organization founded in 2016 that is chaired by Holder, is dedicated to "enacting a comprehensive, multi-cycle Democratic Party redistricting strategy."

The group was formed in part due to Obama's resentment towards the House Republican majority during a portion of his presidency and claims that gerrymandering, which both parties partake in, has led to "disastrous" policies.

"These gerrymandered districts have had disastrous policy consequences, leading to some of the most right-wing legislation in decades both in Congress and at the state level, including assaults on women's health, suppressing the vote for people of color, failing to address climate change, and refusing to stand up to the epidemic of gun violence," the group's website states. "These policies don't reflect the majority of voters, but because Republicans have rigged the system in their favor, voters are limited in their ability to do anything about it."

The NDRC, which first became politically active by pouring more than $1 million into Virginia's gubernatorial race last year to back Democrat Ralph Northam, now Virginia's governor, has set their sights on Republicans and initiatives in 12 states.