FILE - In this Monday, Dec. 31, 2012, file photo, a trader wearing "Happy New Year" glasses works on the floor at the New York Stock Exchange in New York. According to an Associated Press-GfK poll released Monday, Dec. 16, 2013, Americans dont expect another gangbuster year for the stock market. Of the people polled, 40 percent think the market will stabilize at current levels by the end of 2014, with 39 percent predicting that it will drop, but not crash. Only 14 percent believe the market will rise and 5 percent think that the market will crash (AP Photo/Seth Wenig, File) (AP)

New York (AP) – The share of Americans who feel the nation is heading in the right direction rebounded to 34 percent from its October low of 22 percent, according to an Associated Press-Public Affairs & Corporate Communications (GfK) poll conducted in December. But it's not clear yet whether that's a directional shift or just a temporary recovery — what Wall Street calls a dead-cat bounce.

On average in this year's AP-GfK polls, 33 percent said the country was heading the right way, down from 38 percent in 2012 but about on par with the 2011 average of 32 percent. That 2011 figure marked the low point of President Barack Obama's time in office.

This year, average "right direction" numbers among Republicans (10 percent) and independents (24 percent) are at new lows for Obama's term, but Democrats buoy this year's figure with 54 percent saying the nation is on the right path, a bit above 2011's average of 47 percent.

This year marks the first substantial dip in the president's approval since 2010. After a well-regarded first year (58 percent approval on average in 2009), Obama's approval rating dipped to 50 percent in 2010, then generally held steady — 51 percent on average approved in 2011, 52 percent in 2012.

About 82 percent of Americans disapproved of the way Congress handled its job this year, according to an average of AP-GfK polls. That's 20 points higher than average disapproval rate in 2009 and the worst since the inception of the AP-GfK poll in 2008. In a rare show of party unity, disapproval of Congress topped 80 percent among both Democrats (83 percent) and Republicans (87 percent).

One positive note: More now say the economy is in good shape than have at any prior point in Obama's tenure, though the rating remains fairly anemic. Overall, 26 percent on average described the economy as "good" in this year's polling, up from an average of 23 percent in 2012, 17 percent in 2011, 19 percent in 2010 and an abysmal 11 percent in 2009.

Still, people don't hold much hope for the economy's prospects. Asked to look ahead a year, 37 percent of Americans in the December AP-GfK poll said they thought the general economic situation would worsen, while 33 percent thought it would improve. And while 32 percent thought the number of unemployed Americans would drop, 36 percent thought more people would lose jobs than get them in 2014. 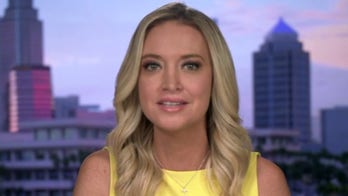 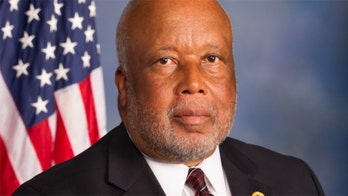