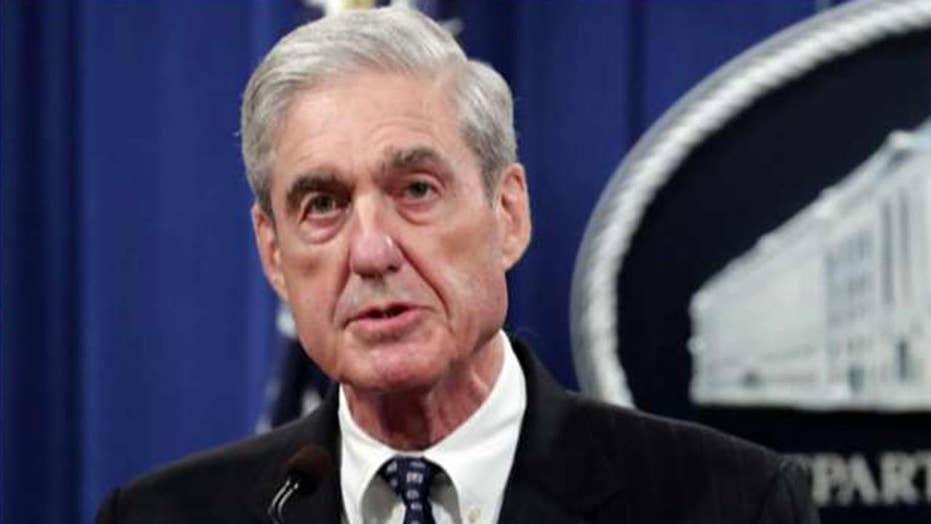 According to Nunes, the Russia investigation was an "obstruction of justice trap," that started without evidence of collusion and ended in an "awful situation" that could only be fixed by jailing the people who "perpetuated this hoax."

"These are all a bunch of dirty cops and I'll tell you," he told Fox News' Bill Hemmer on the latest "Hemmer Time" podcast. "We're going to go down in a spiral in this country because you will not have a Republican that will trust the FBI or the Department of Justice for generations to come."

Nunes specifically mentioned Andrew Weissman, one of the Mueller team's top prosecutors who briefed AP reporters in 2017, before Mueller's team was assembled, on "something to do with the Trump-Russia investigation."

Authorities, Nunes said, hid that fact from his committee -- something he said was inappropriate given that Weissman was briefed on the Steele dossier in the summer of 2016.

At Mueller's hearing, Nunes plans to ask him whether he knew that Weissmann had been briefed on the dossier. Weissmann's early involvement with the chain of custody, according to legal advice Nunes received, effectively disqualified him from serving on Mueller's team.

That date, according to sources, could have been pushed back to July 24, although committee Democrats have maintained the hearing would take place on July 17.

While the committee's chair, Rep. Jerrold Nadler, D-N.Y., joined other Democrats in continuing to pursue the Mueller report's findings, Republicans have attempted to refocus the debate on accountability for what Nunes described as "dirty cops."

REP. NUNES ON CHRISTOPHER STEELE'S GRILLING BY DOJ INVESTIGATORS: A LOT OF THE DOSSIER 'WAS JUST MADE UP'

Barr already started the investigation and Nunes, in April, sent a criminal referral notification telling the Justice Department in April that he had identified "potential violations" of the law. Those criminal referrals stemmed from the Intelligence Committee's investigation when Nunes was chair and Republicans held the House.

Nunes told Fox News host Bill Hemmer that he thought it was possible that the Russia investigation was a way for the House to develop an impeachment strategy. He accused DOJ officials of trying to drag out the investigation in order to find legal violations.

"They were trying to hold out this investigation as long as possible, bust people here and there for nickel and dime stuff -- like obstructing an investigation, lying to Congress -- and eventually they would get Trump," he said.

"What they were probably trying to get Trump to do was say something publicly, tweet something ... probably their best dream was for him to fire Mueller ... and then you'd have public sympathy and public support" for action against Trump.