Logistics of Mueller testimony in flux amid confusion over hearing schedule

Internal talks over the structure of the hearings originally scheduled for July 17 have been heating up for days, with sources saying the testimony has been postponed one week; Catherine Herridge reports on the latest from Washington.

Planning for former Special Counsel Robert Mueller's highly anticipated testimony was thrown into disarray Friday as multiple sources said the hearing was delayed amid a "breakdown in negotiations" -- yet others indicated it could still go forward next week as planned.

Internal talks over the structure of the hearings originally scheduled for July 17 have been heating up for days, with some members complaining they might not have enough time carved out to ask questions.

Several sources said Friday morning the hearings will be pushed back to July 24. A senior source said there was a "breakdown in negotiations" to have Mueller appear.

Yet the Democratic majority on the House Judiciary Committee maintained: "At this moment we still plan to have our hearing on the 17th and we will let you know if that changes.”

Mueller, who investigated Russian meddling in the 2016 presidential election and issued a report finding no evidence of collusion with President Trump, has been scheduled to testify before both the Judiciary and Intelligence committees after being subpoenaed by the panels last month.

Mueller was slated to testify in public before the Judiciary Committee for two hours or more, followed by another two hours-plus of testimony before the House Intelligence Committee in an open setting.

But some freshman lawmakers this week expressed concern over the possibility that they would not have the opportunity to question the former special counsel.

And there were conflicting details over plans for a subsequent private session. One source told Fox News this week that the Democrats plan to have Mueller testify behind closed doors--yet it remained unclear whether Mueller himself would participate in that setting, or if his deputies would answer questions instead.

House Intelligence Committee Chairman Adam Schiff, D-Calif., has said that the closed-door session would only be with the special counsel’s staff, but House Judiciary Committee Chairman Jerrold Nadler, D-N.Y., left the door open to the possibility that Mueller could testify privately as well. It also remains unclear whether the two committees would hold a joint closed-door session or two separate ones.

“This is already a weird hearing, with Nadler and Schiff contradicting each other publicly about who will testify behind closed doors,” a Republican source with one of the committees told Fox News.

Both Nadler and Schiff subpoenaed Mueller last month after the special counsel already said he did not intend to testify before Congress at all. Amid the back and forth over the hearing's format, Attorney General Bill Barr raised the possibility earlier this week of giving Mueller an exit ramp. 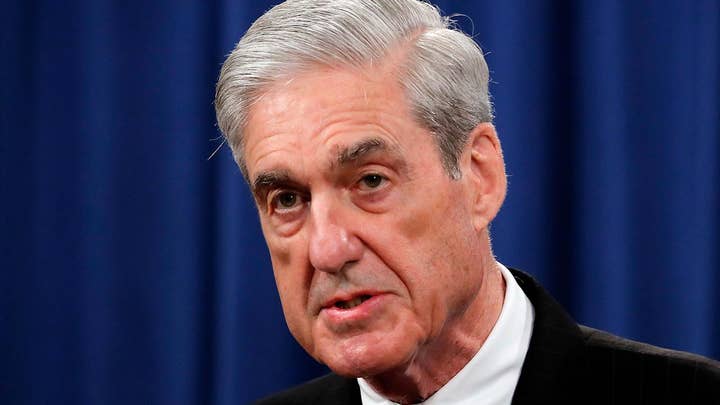 “I was disappointed to see the subpoena because I don’t think that serves any purpose dragging Bob Mueller up if he, in fact, is going to stick to the report,” Barr said Monday. “It seems to be the only reason for doing that is to create some kind of public spectacle. And if Bob decides he does not want to be subject to that, then the Department of Justice would certainly back him.”

So far, there's no indication that Mueller would back out. A spokesman for Mueller declined to comment.

During his only public appearance during his tenure as special counsel in May, Mueller had said: “I hope and expect this to be the only time I will speak to you on this matter.”

“There has been a discussion about an appearance before Congress,” Mueller said. “Any testimony from this office would not go beyond our report. It contains our findings and analysis, and the reasons for the decisions we made. We chose those words carefully and the work speaks for itself.”

During that press conference, Mueller announced the closing of his office and detailed the findings of the Russia investigation, underscoring that there “was not sufficient evidence to charge a conspiracy” with regard to whether members of the Trump campaign coordinated with the Russian government during the 2016 presidential election. His language on the question of whether the president obstructed justice nevertheless left the issue open and was seen by Democrats as a cue to keep digging.

Mueller explained longstanding Justice Department policy, which states that a sitting president cannot be charged with a crime, noting that “charging the president with a crime was not an option we could consider.”

But congressional Democrats took Mueller's statement as a green light to intensify existing Trump-focused investigations, with some calling for impeachment proceedings.

Meanwhile, President Trump cast the Mueller hearing as yet another chapter in the Russia saga.