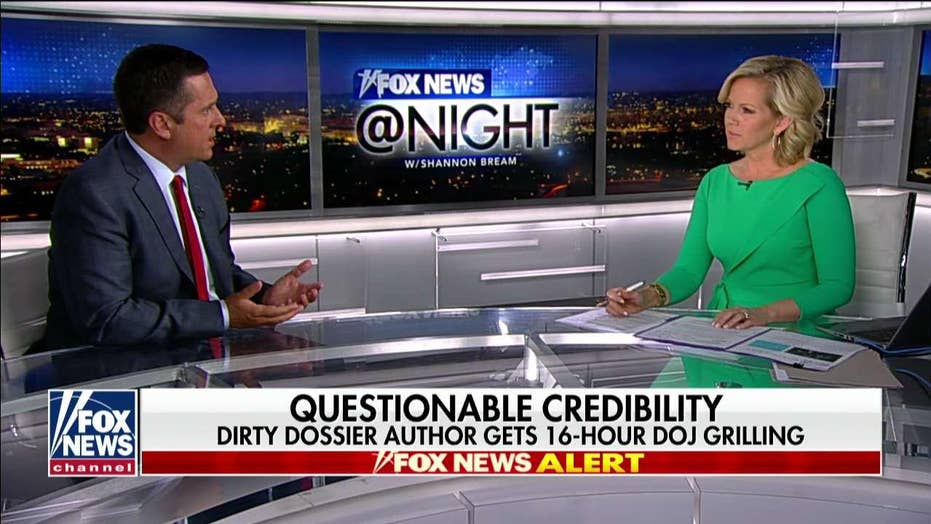 Nunes on NYT reporting FBI questioned Steele source's credibility: A lot of the dossier 'was just made up'

Rep. Devin Nunes, ranking member on the House Intelligence Committee, said Tuesday he believes the public will soon see that much of the Trump-Russia dossier compiled by former British spy Christopher Steele was "made up."

Rep. Devin Nunes, the ranking Republican on the House Intelligence Committee, said Tuesday he believes the public will soon see that much of the Trump-Russia dossier compiled by former British spy Christopher Steele was "made up."

According to a New York Times report, FBI officials questioned one of Steele's sources and "came to suspect that the man might have added his own interpretations to reports from his own sources that he passed on to Mr. Steele, calling into question the reliability of the information."

Steele was interviewed as part of Justice Department Inspector General Michael Horowitz's probe of how the FBI used the unverified dossier, including its role in obtaining a surveillance warrant against then-Trump campaign adviser Carter Page.

Reacting on "Fox News @ Night," Nunes, R-Calif., said Steele refused to talk to the House Intelligence Committee while he served as chairman in 2017 and 2018. 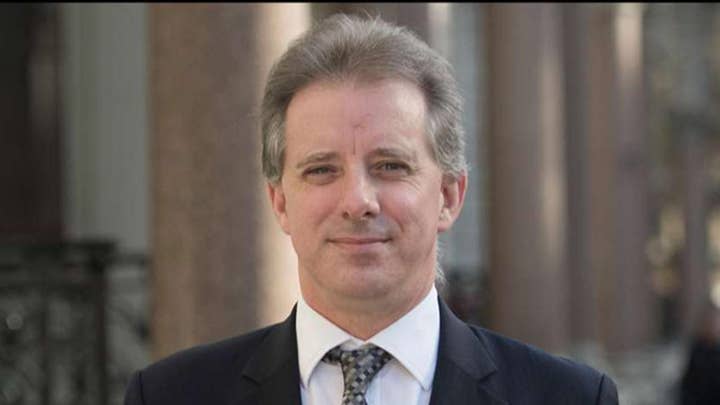 "This is a man who made up this entire document. As you're starting to see it's unraveling, his sources are not real or if they are real they're second and third hand. So a lot of this is just made up out of whole cloth," said Nunes.

Shannon Bream then asked Nunes about a Politico report which suggested Steele's 16-hour grilling led to "new and important information" and could therefore "dampen expectations among the president's allies who’ve claimed that Steele’s sensational dossier was used improperly by the bureau to 'spy' on the campaign."

Nunes scoffed at that notion, saying either Steele had credible sources or he did not.

"The fact remains that they used that garbage that was paid for by a political campaign before a court," said Nunes, adding that there is information that is "equally as bad or worse" that has not been made public about Steele's work.