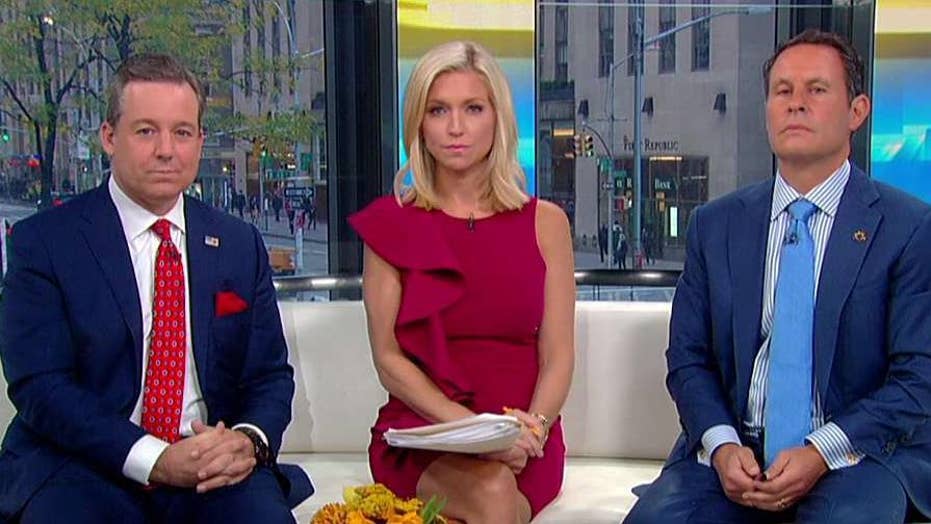 A Democrat quoted by The New York Times cites 'payback' and 'karmic justice.'

The White House is directing its long list of federal agencies and departments to cancel their subscriptions to two of President Trump's top targets in the media, Fox News has confirmed.

Agencies will cancel subscriptions to The Washington Post and New York Times, reflecting the president's long-running issues with the outlets and their reporting on him. White House Press Secretary Stephanie Grisham announced the decision on Thursday but Trump made the decision days prior.

“Not renewing subscriptions across all federal agencies will be a significant cost saving—hundreds of thousands of taxpayer dollars will be saved,” Grisham said in an email, according to The Wall Street Journal.

Trump has repeatedly referred to the Times as a "failing" paper and consistently highlighted the fact the Post was owned by Amazon CEO Jeff Bezos.

It's unclear when the subscriptions will be canceled but the White House was reportedly working on the implementation as of Thursday morning.

In a statement obtained by Fox News, PEN America, a non-profit dedicated to defending "free expression," said Trump's decision was "a terrifying and self-defeating effort at vindictive information control that reeks of totalitarianism. The White House is proposing to deny federal employees essential and credible reporting necessary to inform their work," the group said. "The press secretary's reference to saving taxpayer money makes plain that this proposed maneuver is designed to inflict harm, aimed to deprive the papers of subscription revenue as well as influence, and to extend a political vendetta."

In a pair of tweets in August, Trump laid out a sweeping indictment of the Times and its state in journalism.

"The Failing New York Times, in one of the most devastating portrayals of bad journalism in history, got caught by a leaker that they are shifting from their Phony Russian Collusion Narrative (the Mueller Report & his testimony were a total disaster), to a Racism Witch Hunt [...] 'Journalism' has reached a new low in the history of our Country.

"It is nothing more than an evil propaganda machine for the Democrat Party. The reporting is so false, biased and evil that it has now become a very sick joke...But the public is aware!" he said.