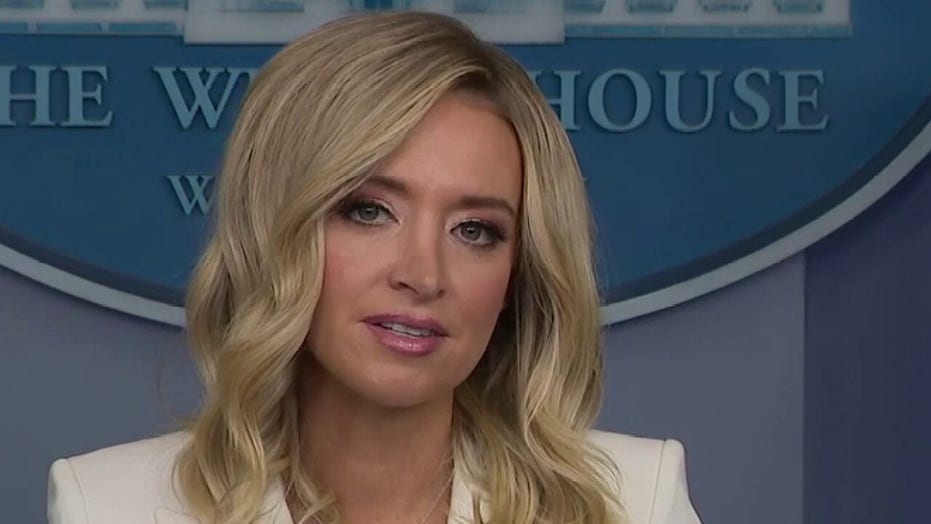 It's unclear how exactly McEnany lied, as Hostin seemed to point to an answer McEnany gave about coronavirus testing.

"She's already broken that promise. She broke that promise during the first, you know, her first press briefing, but I think what was most striking to me is that she said that it was nonsensical to think everyone should get a coronavirus test," Hostin said.

"The View" played a clip of McEnany arguing that it was "nonsensical" to test everyone in the country since they could easily catch the virus just after getting tested.

Hostin noted that one of Trump's valets had tested positive for the virus.

She also took issue with McEnany for refusing to say whether she wished to take back her previous claim that Trump wouldn't let the coronavirus reach the United States. Instead, McEnany tried to turn the question "back on the media" and asked about seemingly off-base predictions from outlets.

"She was hired for this job because she's very good at spinning propaganda," McCain said of McEnany, who previously served as a spokeswoman for the Trump campaign.

"She was good at spinning propaganda before she got hired for this job -- which I guess you could make the argument that that's the role of any press secretary, but I think it's probably a little more egregious with this particular president."