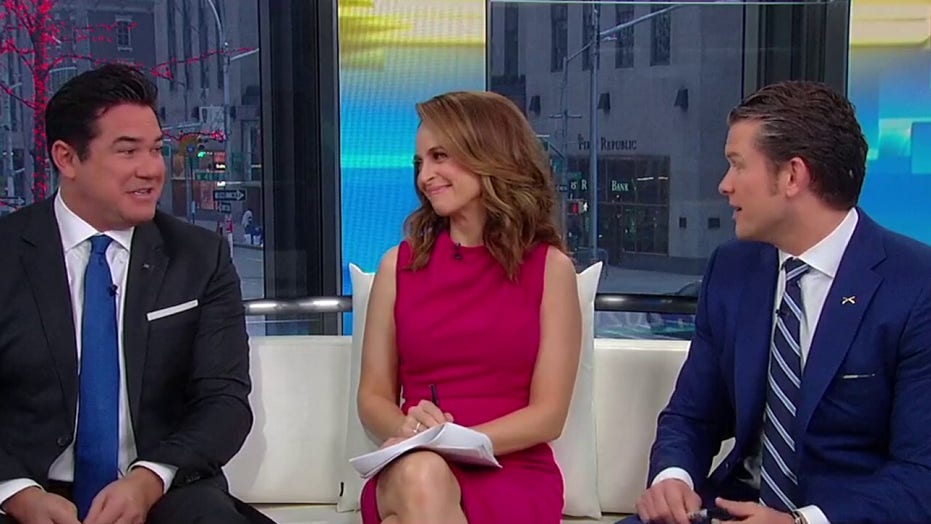 The coronavirus gets political as Democrats attack President Trump on the outbreak; reaction and analysis from ‘Fox &amp; Friends’ hosts.

The Trump campaign is denouncing media coverage of the president's Thursday rally, arguing that they falsely accused him of calling the coronavirus a "hoax."

A long list of major media outlets and figures made that claim. "Trump rallies his base to treat coronavirus as a hoax," a Politico headline read. Another from NBC read: "Trump calls coronavirus Democrats' 'new hoax.'" Similar headlines appeared in The Guardian, Talking Points Memo and in a video for NBC's "Today."

"This is massively dishonest," tweeted Tim Murtaugh, director of communications for Trump's campaign. He was responding to a tweet claiming a local outlet said Trump called the virus a "hoax." The tweet from the outlet has since been deleted.

"Trump says the media’s hysteria-inducing coverage of the government response is the hoax, not the virus itself. Willful and malicious dishonesty," Murtaugh said. He also blasted The Washington Post's Dana Milbank and commentator Bill Kristol arguing that their claims proved Trump's point about Democratic hysteria surrounding the illness.

The rally came after days after President Trump held a press conference where he discussed the virus and designated Vice President Mike Pence to handle the government's response.

He added that one of his associates suggested the Democrats were perpetrating a hoax like they purportedly did during the Russia investigation.

News outlets seemed to focus on the "new hoax" line. For example, NBC's "Today" started its clip with Trump saying, "this is their new hoax."

NBC White House correspondent Hans Nichols introduced the clip, saying: "At a raucous South Carolina rally, President Donald Trump casting doubt on the coronavirus outbreak in this country." Prior to that, however, Nichols said that Trump was referring to the response from Democrats and the press.

The Telegraph similarly published a video titled, "Donald Trump: Coronavirus is Democrats' 'new hoax.'" The video conspiculously skipped over the part where Trump described how one of his associates prefaced the "hoax" accusations with talk about Russia and impeachment.

Curtis Houck, managing editor for the conservative Newsbusters, told Fox News that the media's conduct showed a lack of respect for Americans' judgement.

"The liberal media know exactly what they're doing by dithering away their time and questions with gripes about the President's use of the word 'hoax,'" he said.

"They're absolutely showing a lack of faith in the American people possessing the judgement and knowledge to prepare for whatever may come our way with virus virus. It's clear as day Trump was decrying the liberal attacks and misinformation about his perceived response. Period."