Trump: No reason to panic about coronavirus outbreak

President Trump asks politicians and media to not incite panic regarding coronavirus presence in U.S.

President Trump authorized new travel restrictions and warnings Saturday – and said he’s even looking at closing the southern border – in response to the coronavirus outbreak that has claimed the first American life, while assuring the nation at an all-hands-on-deck press conference there’s “no reason to panic.”

FIRST US DEATH FROM CORONAVIRUS

"Yes, we are thinking about [the] southern border, we have received a lot of power on the southern border over the last couple of years from the courts but we are looking at that very strongly," Trump said at a press conference.

The rare appearance in the White House press briefing room came shortly after news of the first death in the United States from the new virus and a terrible week on the stock market over fears of the outbreak.

"There's no reason to panic at all. This is something that is being handled professionally," Trump assured, while also acknowledging more cases in the U.S. are "likely."

The president said there are 22 patients in the United States who have coronavirus.

"Unfortunately, one person passed away overnight," Trump said, speaking to a case in Washington state. 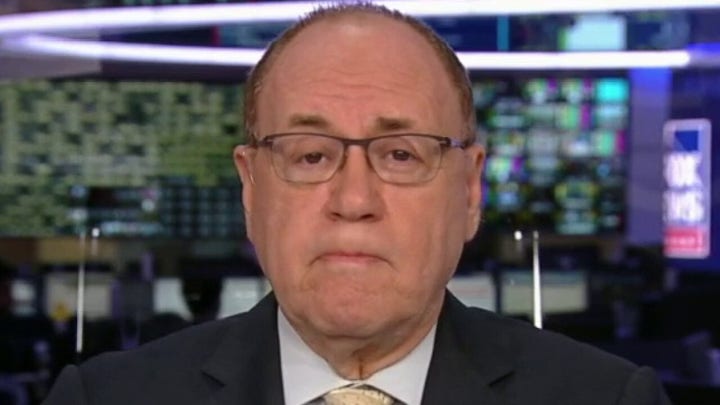 “She was a wonderful woman, a medically high-risk patient in her late 50s. Four others are very ill. Thankfully 15 are either recovered fully or they're well on their way to recovery. And in all cases, they've been let go in their home.”

After Trump spoke, officials in Washington state said the first U.S. coronavirus death was actually a male. Asked about the discrepancy, a senior administration official said the Centers for Disease Control and Prevention briefed Trump earlier that the victim was a female.

Later, the CDC director took responsibility on Twitter for "erroneously" identifying the patient as female when briefing the president and vice president.

Trump also said Saturday that most healthy people would be able to pull through should they contract coronavirus: "Additional cases in the United States are likely. But healthy individuals should be able to fully recover.”

Trump praised the response so far and said the United States has secured 43 million masks already. He said he's meeting with pharmaceutical company leaders on Monday at the White House to discuss vaccine development.

"Our country is prepared for any circumstance," Trump said Saturday after Vice President Pence led a coronavirus task force meeting in the Situation Room.

Pence, tapped to lead the virus response, also announced the new travel restrictions, including an expanded ban on travel from Iran. 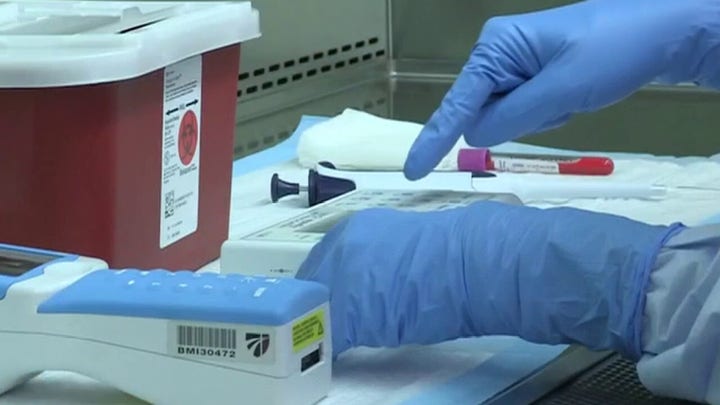 This would cover any foreign national who has visited Iran within the last 14 days. He also said Trump has authorized the State Department to raise the travel advisory for certain affected areas to Level Four, the highest level – so that Americans will be urged not to travel to areas in Italy and South Korea most affected by the virus.

Trump already signed an order Jan. 31 barring entry to foreign nationals, other than immediate family of American citizens and permanent residents, who visited China within the last 14 days, which scientists say is the virus’s longest incubation period. The State Department also has a Level Four alert for Americans to not travel to China, where the outbreak originated.

It's unclear whether more restrictions will come for the southern border. Officials in Ecuador on Saturday confirmed the first case of the new coronavirus in the South American nation and Mexico reported two more to raise the country's total to four.

Mexican health officials said the country is not currently facing a national emergency over the virus, while confirming the cases in Mexico City and in the northwestern state of Sinaloa.

Pence also advised against stockpiling on masks. “The average American does not need to go out and buy a mask,” he said.

It’s the second time this week Trump spoke to reporters in a rare White House briefing room press conference, signaling the seriousness the administration is placing on the coronavirus that has now infected more than 85,000 worldwide and killed 2,900.

The closures and quarantines around the world have spooked investors and the stock market took a dramatic tumble this week.

News of the latest death comes on the heels of three new cases in California, Oregon and Washington in which the patients were infected by unknown means. They had not recently traveled overseas or had come into contact with anyone who had.

As new cases have popped up in the United States, tensions between Trump and Democrats are bubbling up as well.

At a rally in South Carolina Friday night, Trump accused his Democratic critics of "politicizing" the coronavirus outbreak and dismissed the criticism about his handling of the virus as “their new hoax” and insisted “we are totally prepared.”

Meanwhile, the House held a bipartisan briefing with health officials Friday morning, leaving Democrats questioning whether Trump has a handle on the response.

Democratic Rep. Adam Schiff, who led the impeachment fight, said Friday he has "profound concerns" about Trump's response to the coronavirus and cast doubt on whether the White House is telling the truth to the American public about the global outbreak.

"The president and vice president don’t inspire confidence," Schiff told Fox News as he left a coronavirus briefing at the Capitol Friday morning. "And because the president has made so many false statements about so many things, you can't really rely on the White House."

Schiff's comments come after Trump blasted Democrats in a tweetstorm for playing politics with the coronavirus threat.

"I have profound concerns about the management of this at the level of the White House," Schiff said, "but there are some good career people who we got the opportunity to talk to today.”