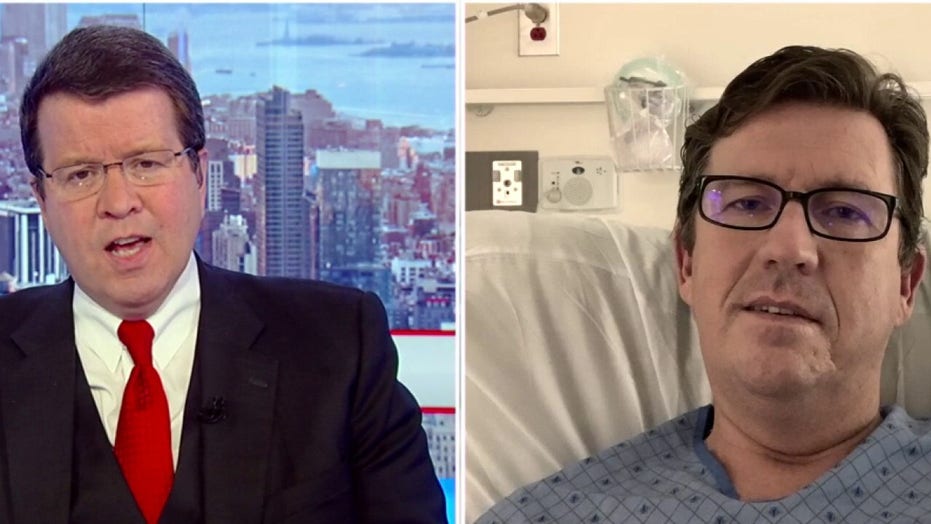 Utah man diagnosed with coronavirus speaks out from quarantine in California

Mark Jorgenson has been documenting his journey online after being evacuated from the Diamond Princess cruise ship in Japan.

A man who tested positive for the coronavirus told Fox News on Saturday that people should stop freaking out about the outbreak.

"I'm not the one to advise the experts on this, but I personally believe that it's not the scary thing that everyone thinks it is," Mark Jorgenson told "Your World."

Jorgenson and his wife were evacuated from the Diamond Princess cruise ship in Japan. Authorities quarantined the ship after a man who exited in Hong Kong had tested positive. According to Jorgenson, his wife initially tested positive and stayed in Japan while he didn't get a positive result until he was back in the United States.

Speaking from his hospital bed in California, Jorgenson said he was fine.

"I'm not symptomatic, my wife tested positive without symptoms and now is clear of it. So I would say maybe we can step back and breathe a little bit and not freak out," he told Fox News host Neil Cavuto.

Jorgenson continued testing positive and needed to obtain two consecutive negative results in order to be released. As he was speaking with Cavuto, he said his wife had just received her second negative result and would be returning home.

Over 700 other passengers and crew who were on the ship were infected with COVID-19, which had for several weeks marked the largest instance of communal spread.

A British man who was sickened by the coronavirus while aboard the cruise ship has died, reports citing the Japanese health ministry said.

The man, who had been in quarantine in Japan after testing positive for the virus, marks the first foreign passenger on the ship to die, according to Kyodo News. It would also mark the first fatality involving a British citizen, according to Sky News.

As of Thursday, all of the passengers who had been quarantined aboard the ship were allowed to disembark, according to an advisory posted by the cruise line.