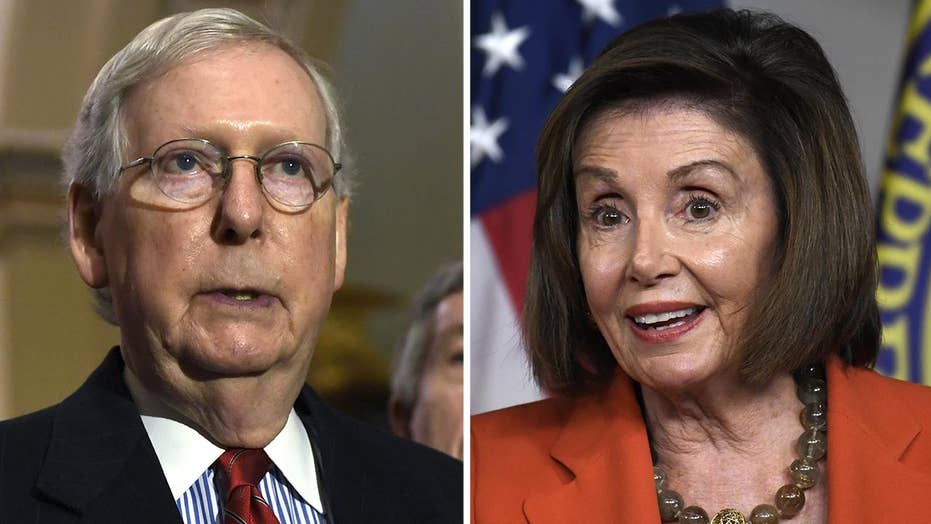 President Trump will be impeached in the House and acquitted in the Senate and nothing will gotten done, says Fox News contributor Ari Fleischer, former White House press secretary.

Kentucky Republican Gov. Matt Bevin's defeat at the hands of Democratic Attorney General Andy Beshear has been blown out of proportion as the media tries to tie the GOP loss to President Trump, Ari Fleischer told "America's Newsroom" Wednesday.

With 100 percent of precincts reporting, Bevin trailed Beshear by 5,086 votes out of more than 1.4 million votes cast. On Wednesday, Bevin requested a recanvass of the results.

"The press has gone gaga over trying to blame it on Donald Trump when you'd have the nation’s most unpopular governor lose a race here," Fleischer said. "The governor was a Ben Carson supporter in the 2016 primary. He was never a Trump guy."

Fleischer said the GOP also had reason to celebrate after Daniel Cameron became the first Republican to be elected attorney general since World War II.

"Clearly this is not a repudiation of Republicans in Kentucky," Fleischer continued. "It's a repudiation of one candidate in Kentucky. And that’s bad enough. You never want to lose a governor’s race," he said.  "But if Republicans win the governorship of Louisiana which is coming up [Nov. 16] and they defeat an incumbent Democrat there -- CNN and MSNBC will spend a lot less time on that story."

Trump attempted to push Bevin over the top with a rally in Lexington on the eve of the election, but it was not enough to secure re-election for the incumbent governor.

"My expectation is that he [Bevin] will honor the election that was held tonight," Beshear said in a speech to supporters Tuesday. "That he will help us make this transition. And I'll tell you what, we will be ready for that first day in office, and I look forward to it."

Fox News Gregg Re contributed to this report