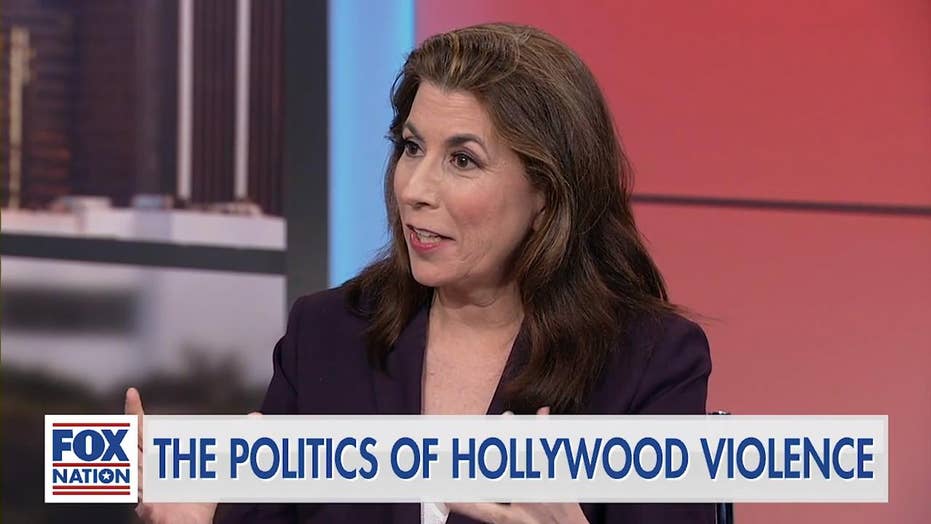 Tammy Bruce on 'The Hunt': Should Hollywood be held accountable for depicting violence

Tammy Bruce, host of Fox Nation's "Get Tammy Bruce," questioned whether Hollywood could be held responsible for "glorifying violence" after the controversial movie "The Hunt" was pulled on Saturday following backlash in light of the El Paso, Texas, Dayton, Ohio, and Gilroy, Calif., shootings.

In Fox Nation's newest episode of "Deep Dive," hosted by Steve Hilton, actress Kristy Swanson and "American-Sniper" co-author Scott McEwen joined Bruce to discuss "The Hunt" and the decision to halt its release.

The film, directed by Craig Zobel and co-produced by horror film producer Jason Blum, depicts privileged vacationers hunting so-called "deplorables" for sport. It was supposed to satirize the ongoing culture war between liberal elites and so-called "deplorables" — the term Hillary Clinton coined for some supporters of then-presidential candidate Donald Trump.

NBC’s Universal Pictures initially said they would only temporarily "pause" the release of the film following the mass shootings, which caused an uproar from many — including President Trump.

“Hollywood, I don’t call them the elites. I think the elites are the people they go after in many cases. But Hollywood is really terrible,” he said on Friday.

A day later, Universal Pictures released a statement saying that “while Universal Pictures had already paused the marketing campaign for The Hunt, after thoughtful consideration, the studio has decided to cancel our plans to release the film."

Bruce said the film hits "too close to home" and directed those in Hollywood blaming Trump for "inciting violence" to understand the social responsibility they hold.

"This becomes the question, If we're going to be talking about shootings, does Hollywood have any responsibility in terms of the content that they present?" she asked.

Later in the interview, Bruce reiterated her point.

"If we're going to have a government that looks to people first, don't all companies have to have a social conscience in some sense?" she asked.

To see the panelists' response and for more episodes of "Deep Dive" visit Fox Nation and join today.