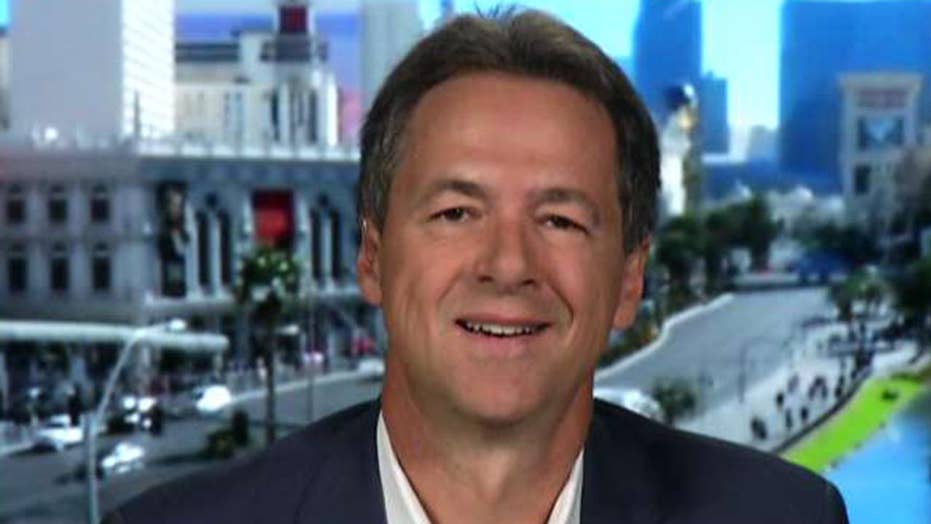 Democratic presidential candidate Gov. Steve Bullock rejects suggestion that he is too moderate for the 2020 field.

Montana Gov. Steve Bullock took a subtle jab at left-wing Democratic presidential candidates like Sen. Elizabeth Warren, D-Mass., by suggesting that they aren't being clear-eyed about what that term actually means.

"To me, progressive is actually making progress on the issues that people are confronting and facing in their lives," Bullock said Friday on "The Daily Briefing."

“You know, I don’t understand why anybody goes to all the trouble of running for president of the United States just to talk about what we really can’t do and shouldn’t fight for," Warren told Delaney Tuesday during the second round of Democratic primary debates.

The Montana governor noted Friday that he was the only Democrat in the 2020 race to have won in a state that voted for President Trump in 2016. He told Perino that instead of focusing on "lofty plans," he would focus on "things that matter to people's everyday lives."

"We don't have to disrupt the lives of about 165 million people that have employer-sponsored health insurance to actually make sure that access to health care is both accessible and affordable," he said.

He also called for a public option and blasted Trump's attempts to roll back the Affordable Care Act, former President Barack Obama's signature legislative achievement. "This administration is trying to get rid of all the heatlh care coverage for all folks out there," he said.