The Washington Post Editorial Board argued Friday that the far-left proposals from Sens. Elizabeth Warren and Bernie Sanders appear to be unrealistic, as some of the more moderate candidates argued at the Democratic presidential debates this week.

"Why go to the trouble of running for president to promote ideas that can’t work?" the opinion piece asked.

The column was centered around one of the viral moments from Tuesday's debate, when the Massachusetts senator scored huge applause and social media praise for an exchange with John Delaney, who had called proposals from Warren and Sanders "impossible promises."

“I don't understand why anybody goes to all the trouble of running for President of the United States just to talk about what we really can’t do and shouldn’t fight for,” Warren fired back. 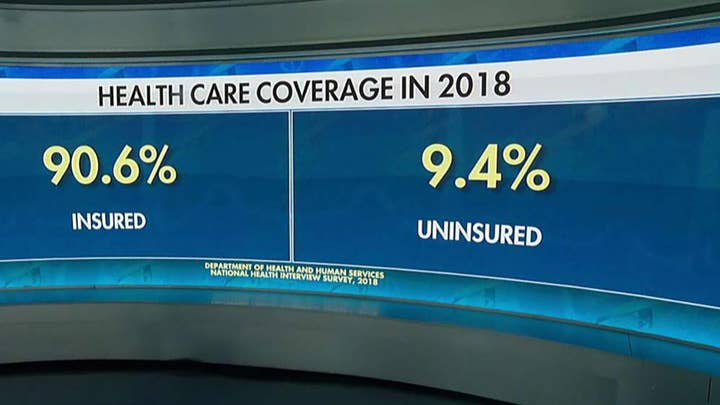 But the Post took Delaney's side, writing that "the next president should have a vision of progress for the nation that is expansive and inspiring. It also should be grounded in mathematical and political reality."

Delaney argued that the numbers don't add up on the left-wing senators' promises of a Medicare-for-all health care system.

"They should make the case for a government monopoly on health care if they want, but they should be honest about the trade-offs," the Post column stated, pointing out that the U.S. is a "vast, pluralistic country" and any "radical" changes must go through Congress first.