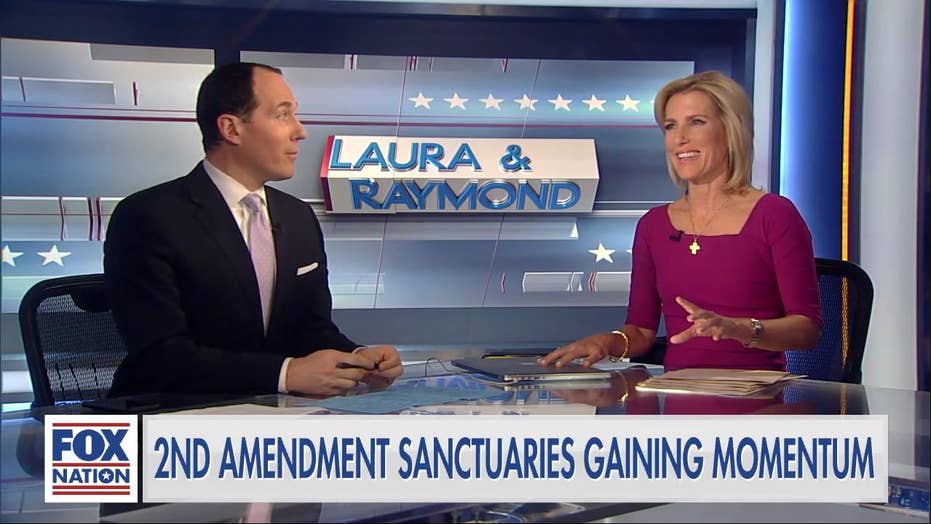 Fox News host Laura Ingraham predicted that a growing "Second Amendment sanctuary" movement in the U.S. is destined for the U.S. Supreme Court, as gun-control advocates face-off against gun-rights supporters in the commonwealth of Virginia.

More than 100 Virginia cities and counties have adopted resolutions focused on pushing back against proposed state-level gun-control measures.

Their concerns are driven by a host of new proposals put forward by state Democrats after they won control of the Virginia General Assembly in 2019. Democrats also control the governor's mansion.

"This is a crisis between your constitutional rights and state laws that may be too onerous," said Fox Nation co-host Raymond Arroyo on their show, "Laura and Raymond."

Virginia Attorney General Mark Herring has dismissed the gun-rights movement, saying the "sanctuary" resolutions carry "no legal force" and alleging, "They're just part of an effort by the gun lobby to stoke fear."

"The gun-control legislation being proposed is sweeping," said Ingraham, "This would ban many semi-automatic pistols and very popular magazines. Certain types of clips, the capacity of the clips -- in a way that just doesn't sit well with the historic population of Virginia."

Governor Ralph Northam has proposed an assault weapons ban in the state that allows for gun-owners to keep the weapons that they already own, but only if the weapons are registered with state authorities.

A draft of a bill from the new Senate majority leader would have made it a felony to possess any firearm, including shotguns, that fell under the "assault weapon" definition -- though Democrats have appeared to back off that proposal.

"The Virginia attorney general says these Second Amendment sanctuary city resolutions have no legal effect and that they must bow to state law. Is that true?" Arroyo asked Ingraham. 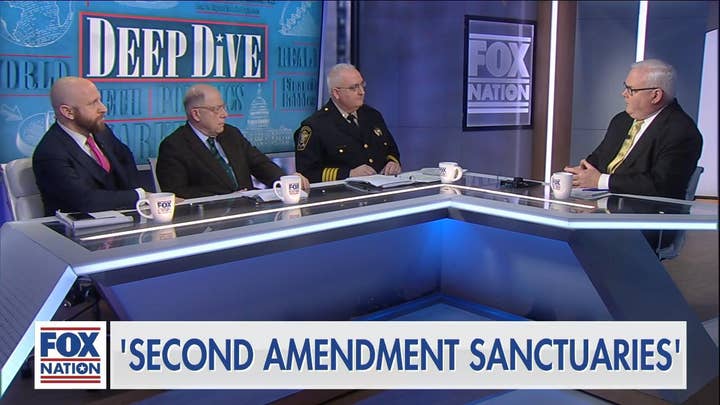 "I think this is going to the Supreme Court," she replied, observing that this issue cuts straight to the heart of an unresolved conflict playing out across the country.

"Sanctuary cities in the United States on immigration ... they're shielding people. They're not working with ICE," said Ingraham, pointing out an apparent contradiction. "So you're allowed to shield illegal immigrants in your cities and towns and they're illegally here ... that's accepted by the elites."

"The pro-gun people say ... this is a federally guaranteed right that you cannot abridge in the way you're abridging it," concluded Ingraham. "We're sticking to what the Second Amendment meant in Heller. And this is gonna go to the court. There's no doubt about it."

To see all of "Laura and Raymond" go to Fox Nation and join today.