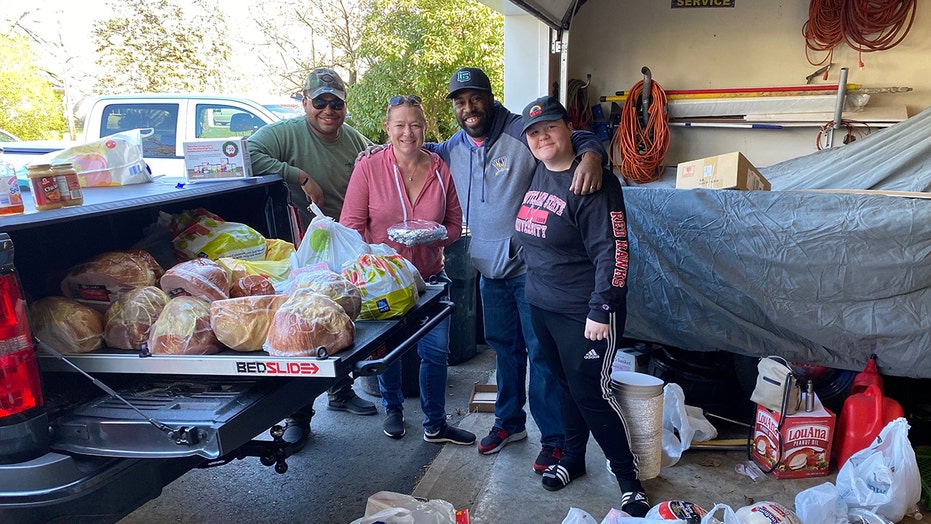 Shannon King and Kris Parker of Long Branch, New Jersey joined forces to feed their hungry students. With 19 percent of their community living at or below the poverty line, the pair feels that it’s their responsibility to take care of the kids in the community.

The beachside community of Long Branch, N.J., is filled with picturesque views — but looks can be deceiving. About 19 percent of the community lives at or below the poverty line, according to official data.

Shannon King, a bus driver and special assistant for the school district, and Kris Parker, a football coach, are deeply ingrained within their community, especially when it comes to their students. When schools were forced to close due to the coronavirus, students who would typically receive two meals from the school's food program were left with little to no food options.

“We had a student reach out who was looking for work to get food and water and toilet paper for his family because they had nothing. So that started us to look into something to be able to help all other students in the future,” King said.

Parker explained that he just felt the need to pitch in.

“She [Shannon] was like, 'We got to do something, maybe we'll start a pantry,'” the football coach told Fox News. “And then I come over to her house the next day [and] the pantry was started. She used her own money and she went and built a really nice pantry.”

After King and Parker posted about their pantry on Facebook, the iniciative quickly garnered the attention of friends and family in the community. Donations started to pour in and over 200 food baskets were made and delivered. Soon, the pair expanded their efforts to help the neighboring communities, including Asbury Park.

Their expansion also included weekly hot meals for families — some were made by Parker and King themselves, other were donated by local restaurants.

“We probably have 70 families on the list that we could feed hot meals to every week," King said. "We try to get each one of them once a week, but you’ve got to remember, we're not feeding one [person], we're feeding five or six in the family.”

“It's hard, but we're not going to stop. We're going to keep going as long as we can,” she noted.