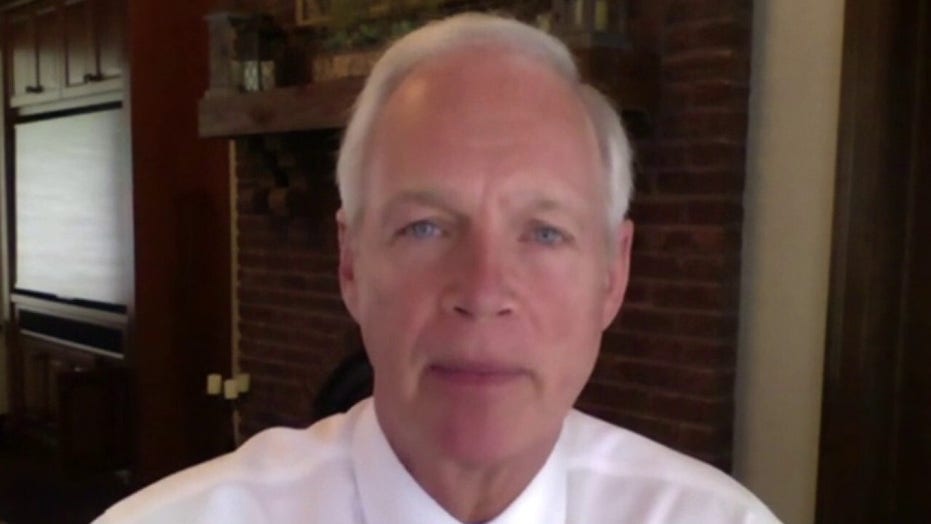 Sen. Johnson reacts to Sen. Peters ‘concerns’ of Russia probe: We still don’t have all the answers

Sen. Gary Peters raises concerns of the timing of the Russia probe becoming a priority during the election year; Reaction and analysis from Wisconsin Senator Ron Johnson on ‘America’s Newsroom.’

As Democrats label Senate Republicans' authorization of subpoenas in their probe into the origin of the Russia investigation as politically motivated, Wisconsin Republican Sen. Ron Johnson wondered Friday what they were so afraid to uncover.

In an interview on "America's Newsroom" with host Sandra Smith, Johnson noted that while America is admired for its peaceful transitions of power from one administration to the next, "unfortunately, that is not what [it looks like] happened in 2016 [to] 2017."

"We saw a real crush in that process. And, it began before the election where you had the DNC and the Hillary Clinton campaign pay for foreign fabricated opposition research called the Steele Dossier. That dossier was then used to start investigations and corruptly apply for a FISA application against Carter Page. We saw the unmaskings. We saw the defensive briefings or transition briefings used for investigative purposes," he pointed out. "There was so much corruption of that process and that's what we need to get to the bottom of. We have to let the American people know what happened so it never happens again."

Johnson said that the Democrats' accusation was unfounded and ignored his colleagues' work investigating corruption under the Obama administration dating back to the Hillary Clinton email scandal in March of 2015. According to Johnson, this probe would be a continuation of that effort and reveal the missing parts of the equation which led to the appointment of special counsel Robert Mueller.

"The reason we are doing this now is we’re finally getting the information. When you have a special counsel and criminal investigations then and impeachment, you just don't have access for congressional oversight to the kind of information you need," he explained further.

According to Johnson, it "really does appear that because, according to those folks, the wrong person won, they began to sabotage this administration the day after the election. And so, we need to understand what happened, so it will never happen again."

He warned that, in the future, it could happen to somebody the Democrats support if no one is held accountable right now. 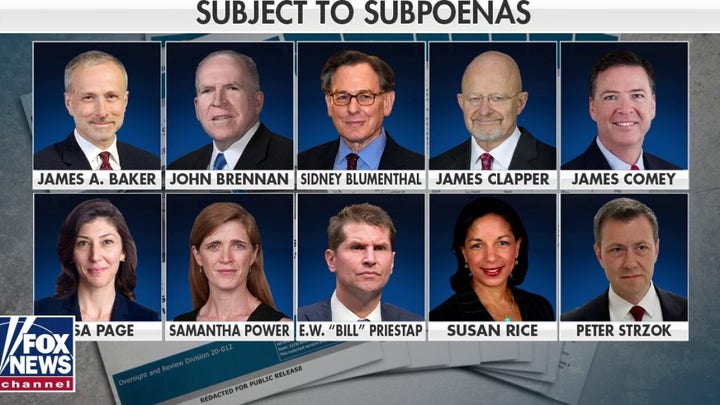 "We are just trying to obtain the truth and it's amazing to me how Democrats wanted every little detail about a phone call between President Trump and President Zelensky of Ukraine which resulted in the impeachment trial, and yet they want to close their eyes, close their ears to true corruption that we already know about," Johnson told Smith. "This is shocking what we found out in terms of the bias from the FBI, the alteration of an email to get a FISA warrant.

"We have already seen the corruption. We need to find out exactly what happened," he urged. "The American people deserve the full and complete truth. I do not know what the Democrats are afraid of. Why are they afraid of the truth?"