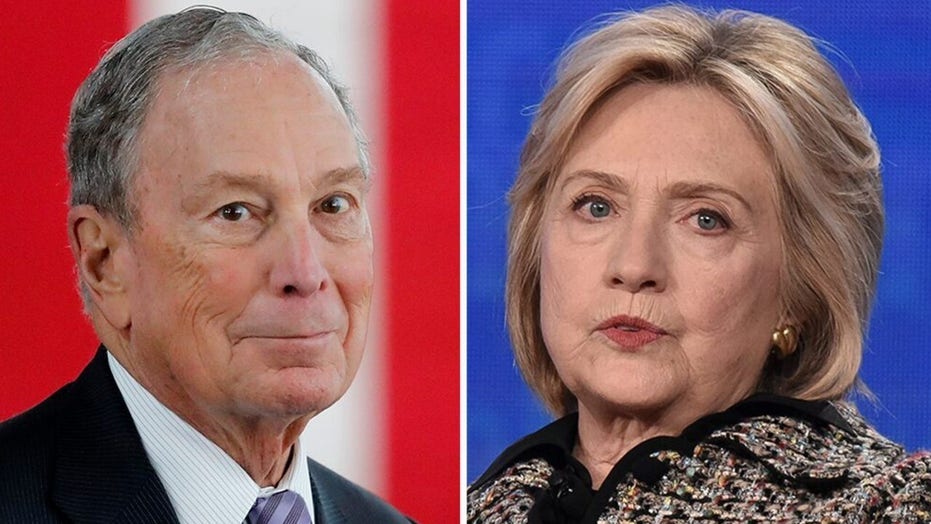 Former Democratic presidential nominee Hillary Clinton says she is 'waiting and watching' as the primary race plays out; reaction and analysis from Tom Bevan, president and co-founder of Real Clear Politics.

A federal judge Monday granted a request from conservative watchdog group Judicial Watch to have former Secretary of State Hillary Clinton sit for a sworn deposition to answer questions about her use of a private email server to conduct government business.

Clinton has argued that she has already answered questions about this and should not have to do so again -- the matter did not result in any charges for the then-presidential candidate in 2016 after a high-profile investigation -- but D.C. District Court Judge Royce C. Lamberth said in his ruling that her past responses left much to be desired.

"As extensive as the existing record is, it does not sufficiently explain Secretary Clinton’s state of mind when she decided it would be an acceptable practice to set up and use a private server to conduct State Department business," Lamberth said.

The judge went on to recognize that while Clinton responded to written questions in a separate case, "those responses were either incomplete, unhelpful, or cursory at best. Simply put her responses left many more questions than answers.” Lamberth said that using written questions this time “will only muddle any understanding of Secretary Clinton’s state of mind and fail to capture the full picture, thus delaying the final disposition of this case even further.”

Lamberth even gave some examples of lingering questions about Clinton's emails, such as how did she come to believe that her private emails would be preserved under normal State Department processes, who told her this and when, at what point did she learn department records management officials did not know about the server, "[a]nd why did she think that using a private server to conduct State Department business was permissible under the law in the first place?"

The ruling comes after Judicial Watch revealed at a December 2019 status conference that the FBI released "approximately thirty previously undisclosed Clinton emails," and that the State Department "failed to fully explain" where they came from.

The State Department has been pushing for the discovery phase of the case to come to a close, but Lamberth said he is not ready to do so, saying that "there is still more to learn."

Judicial Watch, which initiated this case in 2014, is looking for information regarding whether Clinton used her private email server to intentionally get around the Freedom of Information Act, whether the State Department acted in bad faith when they tried to settle the case years ago, and whether the department had adequately looked for records in response to Judicial Watch's initial FOIA request.

Given that the settlement attempts and records search took place after Clinton left office, the judge ruled that the deposition should focus on whether she intentionally tried to use her private server to evade FOIA and her understanding of the State Department's record management requirements.

Judicial Watch also wanted to question Clinton and Mills about government talking points in the aftermath of the 2012 Benghazi attack. Lamberth said that while they "cannot be questioned about the underlying actions taken after the Benghazi attack," they can face questions regarding "their knowledge of the existence of any emails, documents, or text messages related to the Benghazi attack."