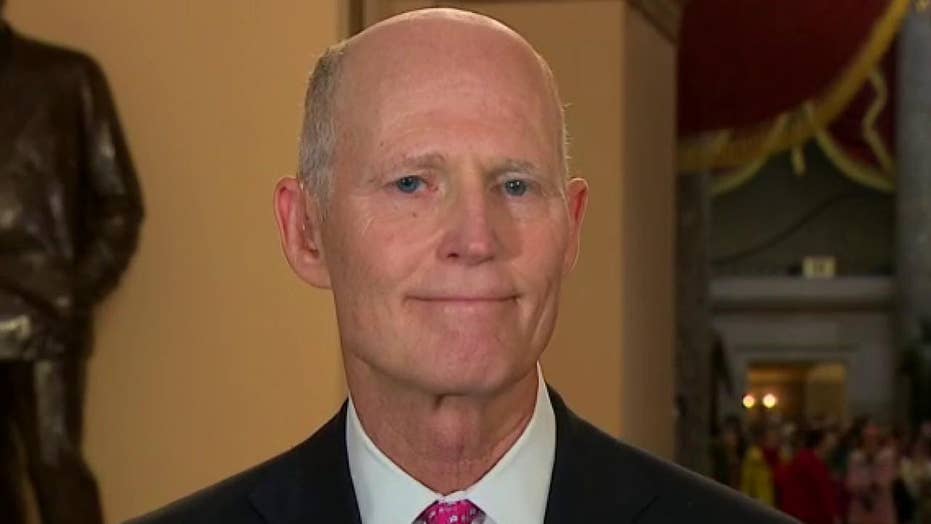 Sen. Rick Scott: Adam Schiff got kneecapped, there was no quid pro quo or obstruction of justice

"I think I've come to the conclusion why Nancy Pelosi held the articles of impeachment for 33 days. This whole thing has helped Joe Biden. I mean all this is to keep Bernie Sanders, Elizabeth Warren off the campaign trail and help Joe Biden," Scott told Fox News host Neil Cavuto.

Scott's comments came just after President Trump's defense team began presenting its case before the Senate on Saturday -- arguing Democrats want to remove Trump from the 2020 ballot for doing “absolutely nothing wrong.”

"I think the White House counsel showed that there was no due process in the House," Scott said.

Scott also defended the way that Senate Republicans handled the impeachment trial. "We're going to have a fair process. I think what Mitch McConnell proposed was a fair process. I'm shocked that the Democrats didn't go along with it," he said.

"It's what we did in the Clinton case. But I think we're going to have a fair process. I don't know if we'll have witnesses or not. I think the process we're going through now ... is a good process, but based on what I heard this morning, I think it's pretty convincing that this was just a rushed job to try to get this president."

He concluded that Pelosi, D-Calif., is "trying to help Joe Biden here."