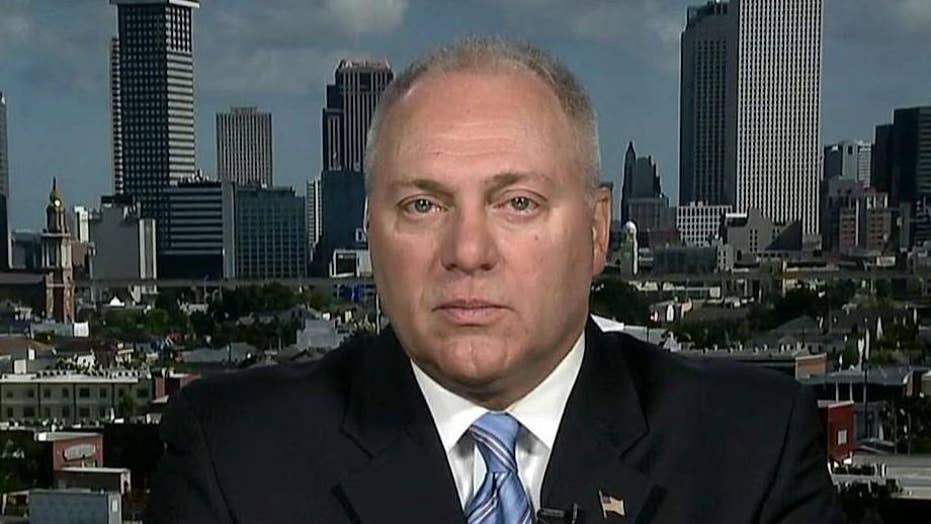 House Democrats leading the impeachment push are motivated by a "political vendetta" and their charge against President Trump is nothing more than "fabrication," Rep. Steve Scalise, R-La., said Saturday.

"There's never been a crime in this case. They've tried to find a crime, starting with the Mueller investigation it's very clear. And, I think you're seeing through it," he said. "This whole impeachment inquiry...this is a political vendetta. This is all about them, first of all, not liking the fact that Donald Trump was duly elected president in 2016 and, frankly, they're scared to death he's going to win again because he's been delivering on his promises."

On Thursday, the president and House Speaker Nancy Pelosi, D-Calif., announced bipartisan support for the United States-Mexica-Canada agreement (USMCA). Since then, the president also has taken another step toward a long-awaited China trade deal.

JESSICA TARLOV: TRUMP SHOULD BE IMPEACHED - REPUBLICANS WHO BLINDLY SUPPORT HIM ARE PROFILES IN COWARDICE

However, the House Judiciary Committee voted Friday to adopt two articles of impeachment against the president -- capping a contentious three-day session that Republicans panned as a “kangaroo court” and teeing up a historic floor vote right before the holiday break.

"People wonder, what is the price of impeachment," Scalise added. "It's trampling over our constitution and the standard of impeachment. But, it's all the things that have not gotten done like USMCA, like lower drug prices, and that's the problem that they haven't delivered for the American people. Luckily, President Trump has delivered and continues to."

"We have an election next year. Let the voters decide this. But, there are no facts there. There's just nothing to impeach this president on the articles of impeachment that just came out..." Scalise said, adding that it seems like Democrats' "radical base" has "demanded this the day that Donald Trump got elected office and they can't help themselves."

"The president didn't do anything wrong. [On] the phone call Zelensky himself said there was nothing wrong. But, because you don't like the results of the election, and frankly you're more afraid of your radically left base in Washington than you are the constituents who elected you back home...that's the real reckoning.," he continued.

"It's not only desperation, [but it's a] fabrication," he said.