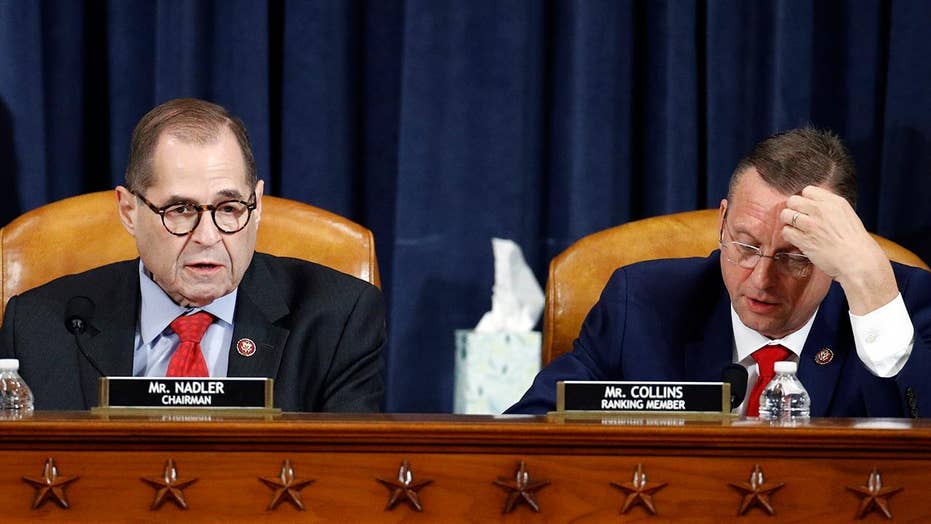 Two articles of impeachment against President Trump move to the full House for a vote.

The House Judiciary Committee on Friday voted to adopt two articles of impeachment against President Trump – capping a contentious three-day session that Republicans panned as a “kangaroo court” and teeing up a historic floor vote right before the holiday break.

"Today is a solemn and sad day," Chairman Jerry Nadler, D-N.Y., told reporters after the vote. "For the third time in a little over a century and a half, the House Judiciary Committee has voted articles of impeachment against the president -- for abuse of power and obstruction of Congress. The House will act expeditiously."

After the vote, the White House released a scathing statement, dismissing the inquiry as a "charade."

"This desperate charade of an impeachment inquiry in the House Judiciary Committee has reached its shameful end," White House press secretary Stephanie Grisham said. "The President looks forward to receiving in the Senate the fair treatment and due process which continues to be disgracefully denied to him by the House."

The committee vote was preceded by fireworks on Thursday night, when Nadler infuriated Republicans by wrapping up the hearing just before midnight and postponing the votes until the morning -- saying he wanted members on both sides of the aisle "to think about what has happened over these last two days, and to search their consciences before we cast their final votes."

That led to Republicans decrying what they called a “bush-league stunt” by Nadler to make sure the vote would be carried on daytime television.

"Mr. Chairman, there was no consulting with the ranking member on your schedule for tomorrow -- you just blew up schedules for everyone?" Rep. Doug Collins, R-Ga., said. "You chose not to consult the ranking member on a scheduling issue of this magnitude? This is the kangaroo court we're talking about.” 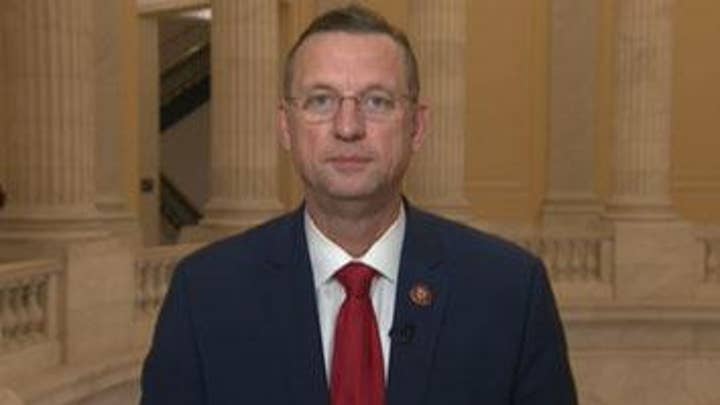 Rep. Pramila Jayapa, D-Wash., defended the Democrats' decision to postpone, saying it would be "disrespectful" to vote so late at night.

"We Democrats felt it was really important to take this vote to impeach the president of the United States in the daylight so everybody could see what was happening," she said on MSNBC. "It felt like a terrible, disrespectful thing to do to the American people to take that in the middle of the night."

But on Friday, the committee moved hastily through proceedings, taking less than 15 minutes to vote on the articles of impeachment.

Republicans have repeatedly and loudly objected to the impeachment inquiry, which focuses on Trump’s July 25 conversation with Ukrainian President Volodymyr Zelensky, in which he pressed Zelensky to “look into” supposed Ukraine interference in the 2016 election and the conduct of former Vice President Joe Biden (a 2020 Democratic presidential candidate) in the country.

Democrats have alleged that the conversation was part of a quid pro quo in which Ukraine would conduct investigations into Trump’s political rivals in exchange for then-withheld military aid and a White House meeting.

Trump has strongly denied those claims and decried the probe as a “witch hunt.” Hours before the vote, Trump declared that poll numbers "have gone through the roof" against impeachment, especially in swing states.

"People have figured out that the Democrats have no case, it is a total Hoax," he declared.

The articles are likely to pass in the House, although questions have been raised about moderate Democrats in districts that voted for Trump in 2016 -- many of whom have not said whether they will vote for impeachment.

Should the articles pass the full House, the debate will shift to the Senate for an impeachment trial -- where the Republican-controlled chamber would be expected to easily acquit the president.