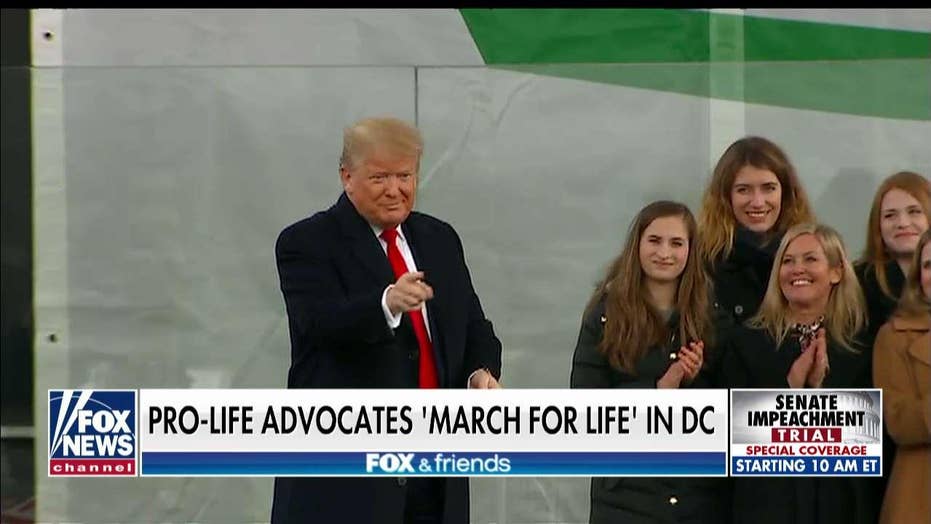 Rachel Campos-Duffy interviews President Trump at the March for Life

President Trump told Fox Nation host Rachel Campos-Duffy that he became the first sitting U.S. president to attend and address the annual March for Life because he wanted to do what he 'feels is right.'

President Trump's decision to attend the 47th-annual March for Life in Washington D.C. on Friday "bodes well for him in 2020" with pro-life voters, Fox Nation host Rachel Campos-Duffy said Saturday.

"They have been so ignored for so long on that march and here comes the president, really edifying them," she said.

Trump became the first sitting president to both attend and address the march. In 2018, he spoke to the crowd of 100,000 over a video message.

The president, who for years was pro-choice, has since embraced a pro-life position and made clear on Friday that he plans to continue that agenda as he seeks reelection in November.

In an interview backstage on Friday, he told Campos-Duffy that he recognized that the pro-life movement has been "under siege" for a long time.

"And, I said, 'You know, I'm in Washington. Maybe I will just -- instead of making a tape, I will go over,'" he said. "Now I didn't know this was going to be this big of a deal, but they have a lot of people out there. And, it turned out to be very successful. The most successful one by far."

"We want to do what we feel is right," said Trump. 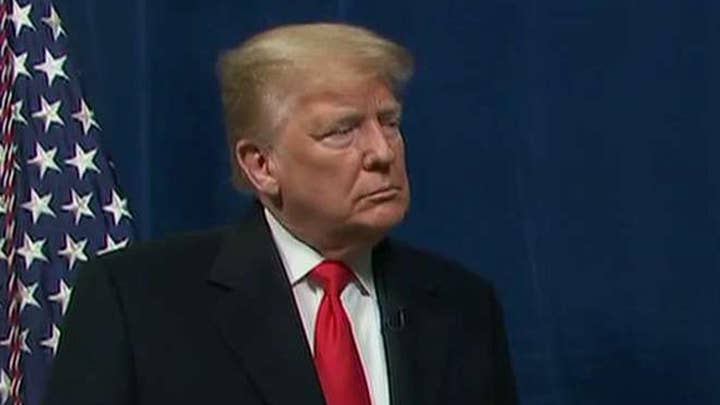 'The fact that President Trump came here sent an incredibly strong message that he has not only been a great president, [but] maybe the most pro-life president ever in policy...the fact that he is standing here side-by-side with these tens of thousands of people..." Rep. Steve Scalise, R-La., remarked backstage on Friday.

During his address, the president told an uproarious crowd that unborn children have "never had a stronger defender in the White House."

"Every life brings love into this world. Every child brings joy to a family. Every person is worth protecting," he added.

The president also panned Democrats' stances on abortion as "extreme," accusing many of supporting "taxpayer-funded abortion all the way up until the moment of birth."

"I think the most important he says in that speech was he said 'they are coming after me because I'm fighting for you,'" Campos-Duffy remarked, noting that it was likely a reference to the impeachment trial in the Senate.

" I think he completely has their love and gratitude and joy [and] has their vote," she said. "When I looked at that crowd, I also realized he recruited an army of volunteers because -- again -- they felt so grateful that he acknowledged them in such a  bold move."

"It's never been done before," Campos-Duffy concluded