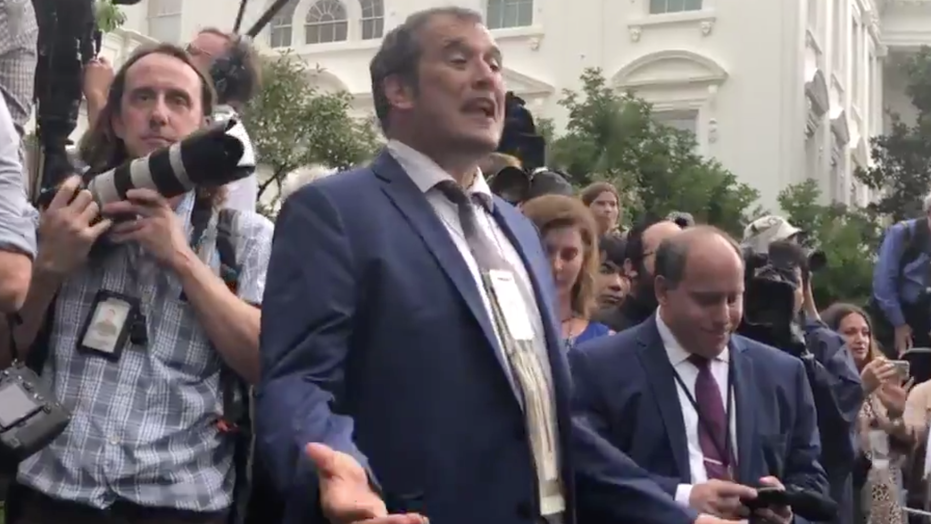 Karem tweeted that he'd received an email from the White House telling him that as of Monday, his press pass would be "suspended for 30 days."

"Yes, I can and will appeal this decision," Karem added.

CNN reported that the White House cited Karem's behavior at the July 11 White House social media summit. While waiting for a presidential press conference following the summit, Karem and Gorka got into a shouting match after Karem described the summit attendees as “group of people that are eager for demonic possession."

"You're a journalist, right?" Gorka shouted from a distance.

"C'mon over here and talk to me, brother," Karem responded. "We can go outside and have a long conversation."

Gorka, a former White House aide, then asked Karem if he was "threatening" him in the Rose Garden.

“You're a punk, you're not a journalist, you're a punk,” Gorka yelled at Karem, who responded by urging Gorka to “get a job.”

The "America First" host celebrated the suspension on Twitter by taunting Karem.

"Thank you @realDonaldTrump, thank you @PressSec," Gorka told the president and White House Press Secretary Stephanie Grisham. "On behalf of Americans who’ve had enough of FakeNews punks like @BrianKarem."

Last November, CNN White House correspondent Jim Acosta had his press pass suspended "until further notice" hours after he engaged in a contentious back-and-forth with the president at a press conference following the midterm elections.

“Honestly, I think you should let me run the country and you run CNN,” Trump told Acosta at one point.