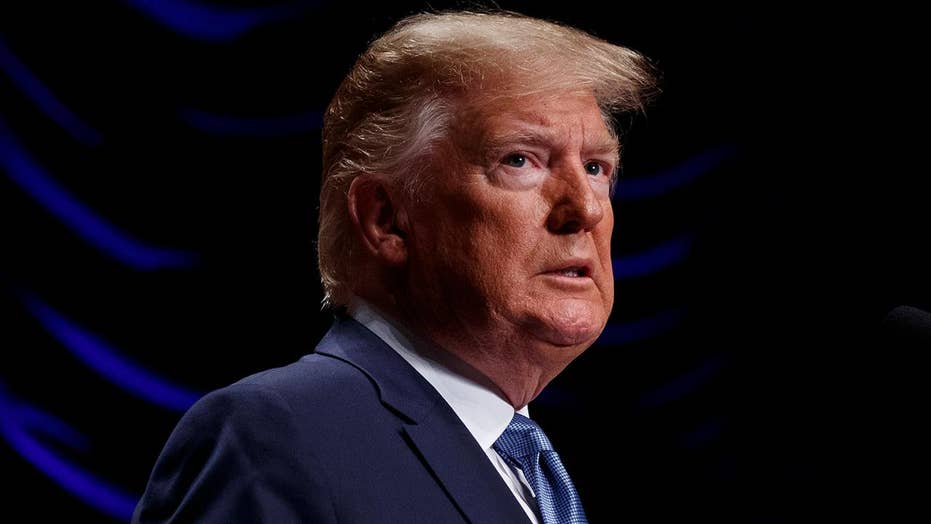 President Trump on Friday backed former aide Sebastian Gorka after a dust-up between Gorka and Playboy reporter Brian Karem, in which Karem taunted Gorka -- who in turn called Karem a “punk.”

The squabble occurred at Thursday's White House social media summit, where reporters were camped out in the Rose Garden.

In video caught by Jim Hanson, Karem describes the attendees as “group of people that are eager for demonic possession." Gorka yells "You're a journalist right?"

In response, Karem then says that “we can go outside and have a long conversation.” (They were already outside.)

Gorka then asks Karem, who also is a CNN contributor, if he is threatening him in the Rose Garden and approaches Karem.

“You're a punk, you're not a journalist, you're a punk,” he yells at Karem, who responds by urging Gorka to “get a job.”

Someone behind the camera then tells Karem that Gorka could “kick your punk a--.”

Initial video had only shown Gorka yelling at Karem, leading other White House reporters to rally to Karem’s side and present the incident as an instance of their own mistreatment.

CNN White House reporter Jim Acosta, who recently penned a book described by the publisher as “an explosive, first-hand account of the dangers he faces reporting on the current White House,” complained about how aides did nothing when reporters were abused.

“A good snapshot of how press is treated by WH,” he tweeted.