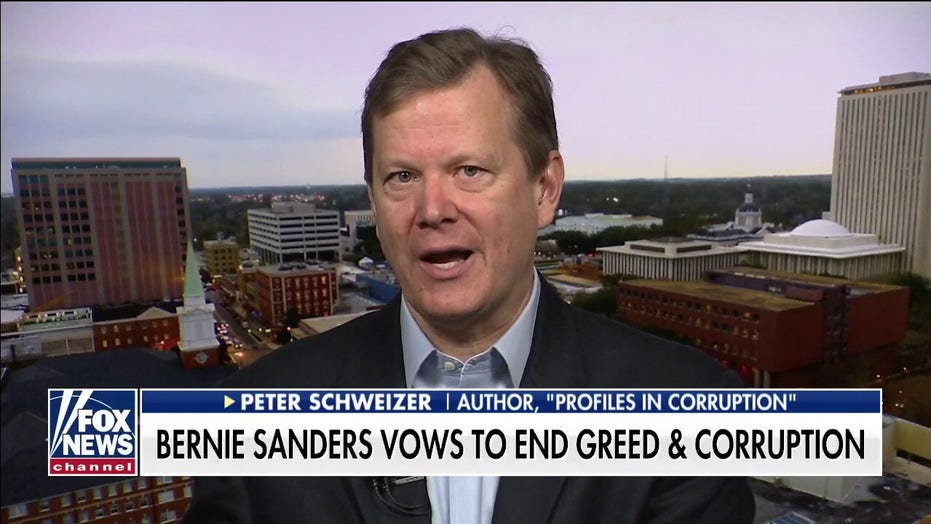 Author and investigative journalist Peter Schweizer told 'Fox &amp; Friends' Wednesday that Sanders has more skeletons in his closet than his supporters are aware of.

The gap between the image Sen. Bernie Sanders, I-Vt., portrays and the reality of how he conducts his own affairs is a "major problem" for his candidacy, investigative reporter Peter Schweizer said Wednesday.

In an appearance on "Fox & Friends" with host Steve Doocy, Schweizer explained that while the 2020 presidential candidate may talk about the common good, his public service has benefitted his family financially over the years.

According to Schweizer's investigations, Sanders' wife Jane Driscoll Sanders was appointed to several positions of influence when he was mayor of Burlington, Vt. After the pair were married in 1988, she received a big pay increase — ignoring objections from the city council.

"Bernie ignored them and that began this pattern of sort of steering money – taxpayer money and campaign money – to his family," the "Profiles in Corruption" author said.

Schweizer said that shortly after his wife joined Sanders' administration, she set up a media buying business registered to the Sanders' home in Vermont – despite having no previous experience in the field – and started doing media buying for her husband's campaign.

"And, the dirty little secret here is, Steve, when you do a media buy, the buyer is entitled to a commission of between 10 and 15 percent," Schweizer added. "So, it can be quite lucrative."

According to Schweizer, at least $150,000 was funneled to Jane Sanders, though he stressed that the practice was not illegal. Doocy said the Sanders campaign did not respond to a request for comment. 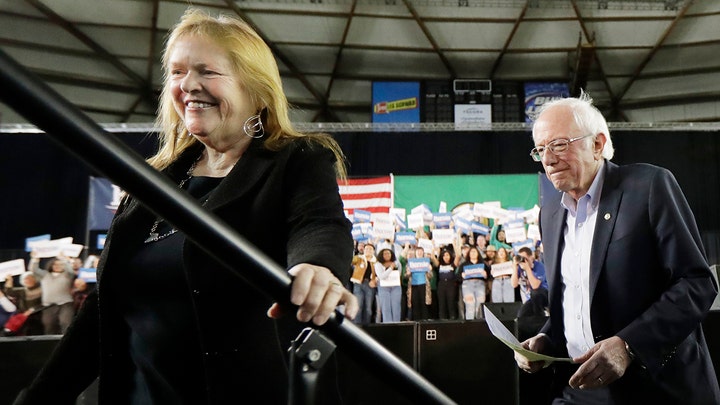 In addition, Schweizer said that allies of Sanders who ran for governor and lieutenant governor of the state of Vermont in 2000 and 2004 only received Sanders' endorsement after they both hired his wife as their media buyer.

"So, he clearly seems to be leveraging his position for her business as well," he remarked.

"He's not buying solar company stock or buying into an organic cattle farm. He is buying Fortune 500 companies. So, he attacks Wall Street, he attacks big pharma, he attacks big oil...He is invested in those companies; that's where he is actually putting his assets," he stated.

"So, it's a major problem for Bernie: this gap between the image he portrays and the reality of how he actually conducts his own affairs," Schweizer concluded.