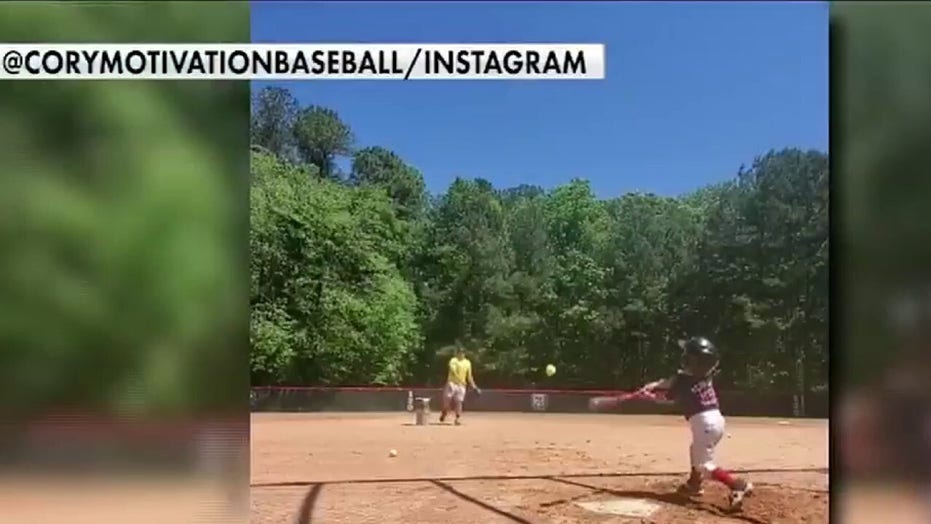 The triumph was captured on video and has since gone viral after the Suwanee dad posted it on Instagram.

Appearing on "America's Newsroom" with host Sandra Smith, the dynamic father-son duo described their real-time reactions to the moment.

He hit the home run wearing his new Ronald Acuna jersey. Acuna is a star outfielder for the Atlanta Braves.

"For me, personally, it was a thrill," Papa Willig added. "Because we have spent countless hours in the front yard, at the fields, and for that to finally happen after three years, I mean, of just constantly...going to the field and then seeing it go over the fence for the first time, it was a thrill."

"All those times in front of our house this past month paid off," Cory wrote in his post's caption. "So proud of you son!"

"It was exhilarating as a father to see that happen because that is something I shared with my father, as well," he stated. "And, I will never forget that moment."

The elder Willig also told Smith that he was happy the video could "bring a smile" to those who watched it.

"In the midst of what we are in right now, something to look at and smile is much needed," he remarked.

Now, the Willigs are looking forward to the 2021 season.