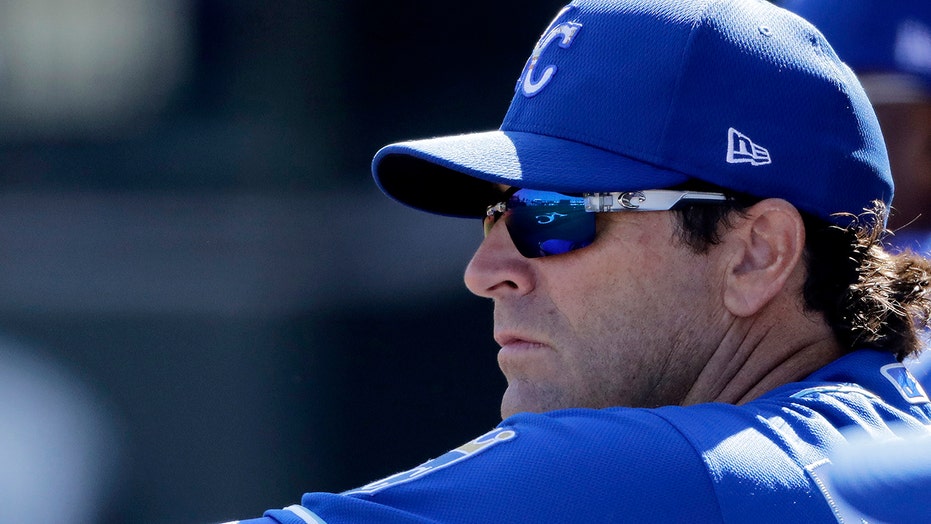 When the Kansas City Royals learned that spring training was over and they were headed home, with questions swirling around if and when they might start the season, Mike Matheny sent them each a copy of a book called “Legacy.”

Author James Kerr tells the story of the All Blacks, the famed New Zealand rugby team that has won more than 75% of its matches going back a century. Kerr breaks down the Kiwis' success and teases out lessons for individuals and teams that have to do with accountability, leadership and developing a winning culture.

It's something that Matheny, who was hired this past offseason to replace the retired Ned Yost, wouldn't have been able to do during the regular season, when the daily grind chews up everybody's day. But with the coronavirus pandemic giving his players more free time than they've had since most of them were kids, Matheny decided to take advantage by giving them a little bit of homework — and in doing so, giving them a little insight into what makes him tick, too.

“I think we're all pretty pumped to play for Mike,” said pitcher Brad Keller, who has finished the book while trying to stay in shape in Arizona. “The intensity he brought when we were in spring training was bar-none. The entire spring had a different vibe, a different attitude. Everybody was over losing. We were excited to get back to winning.”

That has been put on indefinite hold, of course. There is still nobody quite sure when baseball will resume.

But when it does, Keller thinks the Royals will have been able to develop a deeper relationship with their new manager than they might have otherwise. Whereas daily games would have dominated their lives in a regular season, Matheny's meetings the past few weeks on Zoom and other virtual platforms have touched not just on baseball but life in general.

“He's definitely reached out. It's about the only thing he can do, honestly, reach out and sit and talk with us,” Keller said. “We go over some books — the ‘Legacy’ book he asked us to read. He sits with the pitchers in their meetings. Just keeping us active and keeping our minds engaged and keeping us loose. That's about the only thing he can do."

It's not surprising that Matheny would recommend a book centered on self-improvement.

After he was fired by the St. Louis Cardinals, where one of the biggest gripes among players was that Matheny was unable to reach them on a personal level, he spent a year mostly focused on himself. Sure, he was spending time as an adviser to the Royals, but Matheny also took classes in communication and read books about leadership and positive thinking.

“If we were in a normal routine,” Matheny said, “we'd try to connect on a normal basis, but our minds are always just so locked into baseball. But right now we have a chance to jump in and we're hearing a lot of different stories.”

Kind of like a summer camp where everybody would be sitting around a campfire swapping tales. Only it's virtual.

“We had a trivia night to get everyone on and it was a catastrophe,” Matheny said with a laugh. “We have some guys with no real good Zoom protocol. We had guys laying down in the middle of our Zoom calls, and guys playing with kids and they can't figure out mute. We've gone through some things to make it a little more efficient, but mostly we're trying to keep it in a community. Because I think our clubhouse is a microcosm of the whole world right now.”

Indeed, the Royals have a blend of players not unlike other sports teams: The guys in their 30s who have families and are learning how to double as teachers and principals while adapting to home-schooling; the 20-somethings with infants and toddlers that are changing more diapers than ever before; the young players hoping to make the team out of spring training who are now worried about the health and safety of loved ones right along with their professional futures.

The stay-at-home orders that are beginning to be lifted across the country gave Matheny a unique chance to learn about the lives of each of them outside baseball, an opportunity that he probably wouldn't have during any sense of normalcy.

Now, he hopes that creates a more tightly bonded team when the Royals are finally able to gather again.

“They're trying everything possible to get us out to play. So stay ready,” Matheny said. “But this is reality. This is a shot not just to baseball but to the world, and there are some ramifications that are coming to this change and issues we're finding ourselves in, so let's be prepared when we do come back. Let's realize it doesn't necessarily need to look a certain way. Let's do what we do and understand that everyone and everything is going to look a little bit different.”