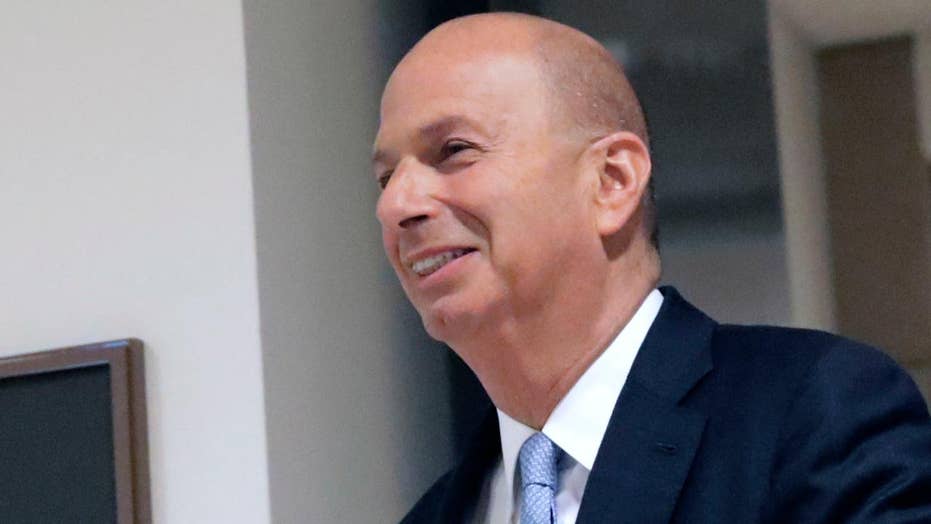 U.S. Ambassador to the E.U. Gordon Sondland has defended President Trump against Ukraine allegations in a series of text messages; Catherine Herridge reports from Capitol Hill on the key testimony.

An NBC News reporter was shoved by an attorney for U.S. Ambassador to the E.U. Gordon Sondland but the Peacock Network correspondent quickly reminded the man about the importance of a free press.

NBC News reporter Geoff Bennett approached Sondland ahead of his closed-door sit down with investigators as part of House Democrats’ impeachment inquiry.

“Did President Trump instruct you to say,” Bennett began asking when part of Sondland’s team pushed the reporter’s arm and then made additional contact to prevent him from asking a question.

“As a respected attorney, I’m sure you understand how a free press works, sir,” Bennett said while remaining calm.

Bennett then asked Sondland if he can definitively say there was no wasn’t pro quo during Trump’s infamous July 25 phone call with Ukrainian President Volodymyr Zelensky, but the ambassador declined comment.

The State Department had initially blocked Sondland from speaking at a scheduled deposition earlier this month, but Sondland subsequently agreed to appear Thursday after House Democrats issued a subpoena.