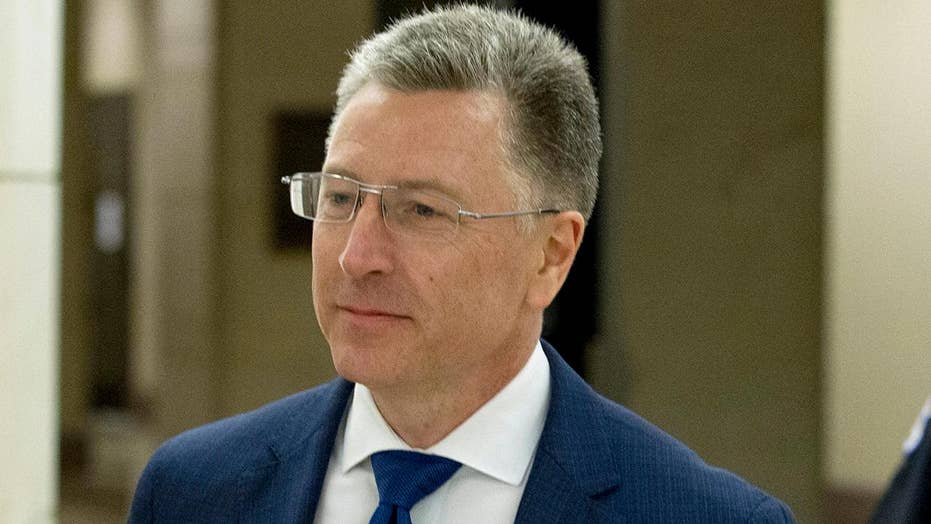 Sources with firsthand knowledge of former U.S. envoy to Ukraine Kurt Volker's testimony to House investigators told Fox News that he said he consulted with U.S. envoy to the European Union, Gordon Sondland, and President Trump's attorney, Rudy Giuliani, in August regarding a draft statement from Ukraine on corruption.

The revelation came as Sondland prepared to testify Thursday in House Democrats' impeachment inquiry, which has revolved around a whistleblower’s complaint that Trump was pushing Ukraine’s leader into opening an investigation into Joe and Hunter Biden's business dealings in the country.

Volker told House investigators at his Oct. 3 closed-door interview that Giuliani was involved in conversations concerning the draft statement "because the Ukrainians asked to be connected to him" and "that information flow would reach the president," according to the sources. The diplomat said it was in the "U.S.' interest for the information that was reaching the president to be accurate and fresh and coming from the right people."

Sondland and Giuliani worked with Andriy Yermak, a senior aide to Ukrainian president Volodymyr Zelensky, Volker testified. Giuliani remarked that the statement would need to include a reference to alleged 2016 election interference involving Ukraine and the Biden-linked Ukrainian natural gas company Burisma Holdings, according to Volker, or else "it’s not credible, because what are they hiding?”

SONDLAND TO TESTIFY TRUMP TOLD HIM -- 'NO QUID PRO QUO'

"I then discussed that with Mr. Yermak after that conversation, and he did not want to include Burisma and 2016, and I agreed with him," Volker told House investigators, per the sources. Hunter Biden sat on the board of Burisma Holdings while his father handled Ukraine policy as vice president. 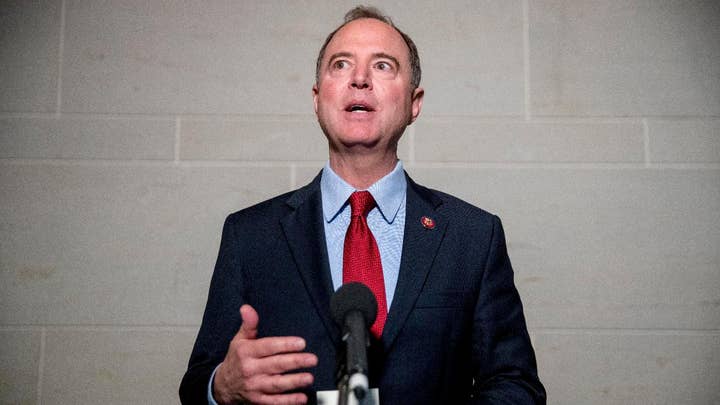 The draft statement was never released. Volker insisted in his testimony that he "was never asked to do anything that I thought was wrong," the sources said.

Separately, in a contentious exchange with House Intelligence Committee Chairman Adam Schiff, D-Calif., Volker said he believed Ukrainians did not know that the U.S. had suspended military aid to the country until a month after the July 25 call between Trump and Zelensky. During that call, Trump asked if Ukraine could "look into" Joe Biden's actions involving the country.

Democrats have alleged that Trump held up the aid as part of a quid pro quo to kickstart a probe into the Bidens, which Trump has denied. Volker said the Ukrainians were not immediately aware the aid was suspended, and shortly after the call secured a meeting with then-National Security Adviser John Bolton.

WHY DID PELOSI ANNOUNCE DEMS WON'T VOTE ON BEGINNING AN IMPEACHMENT INQUIRY?

"In that context, I think the Ukrainians felt like things are going the right direction, and they had not done anything... on a [Biden] investigation," Volker was said to have testified.

When Democrats pressed Volker on why Hunter Biden was invited to serve on the board of Burisma Holdings, Volker said he suspected Burisma was concerned about its reputation for corruption and was looking to "spruce up its image" by having "prominent-named people on the board."

Sondland's planned testimony comes amid back-to-back witnesses in the Democrats' impeachment probe. On Wednesday, Michael McKinley, a career foreign service officer and Secretary of State Mike Pompeo’s de facto chief of staff, reportedly told investigators behind closed doors that he could no longer look the other way amid the Trump administration’s dealings with Ukraine, which were among the reasons he ended his 37-year career last week.

Among McKinley’s concerns, according to reports: the administration’s failure to support then-Ambassador to Ukraine Marie Yovanovitch, who was ousted in March on orders from Trump.

McKinley, who as a Latin America expert was not specifically involved in Ukraine, also was said to have been frustrated that there had been no response to an August inspector general’s report that found significant evidence of leadership and management problems, including allegations from career employees that Assistant Secretary of State Kevin Moley and his former senior adviser Mari Stull retaliated or tried to retaliate against them as holdovers from the Obama administration.

Rep. Mark Meadows, R-N.C., told reporters outside the closed-door hearing that McKinley was complimentary about Pompeo’s role but did raise other issues.

"I think most of this is a concern by a colleague for an ambassador that he held in high regard," Meadows said, declining to provide more details from the closed session.

Trump, meanwhile, tweeted on the eve of Sondland's testimony late Wednesday that the House should vote to "censure" Schiff.