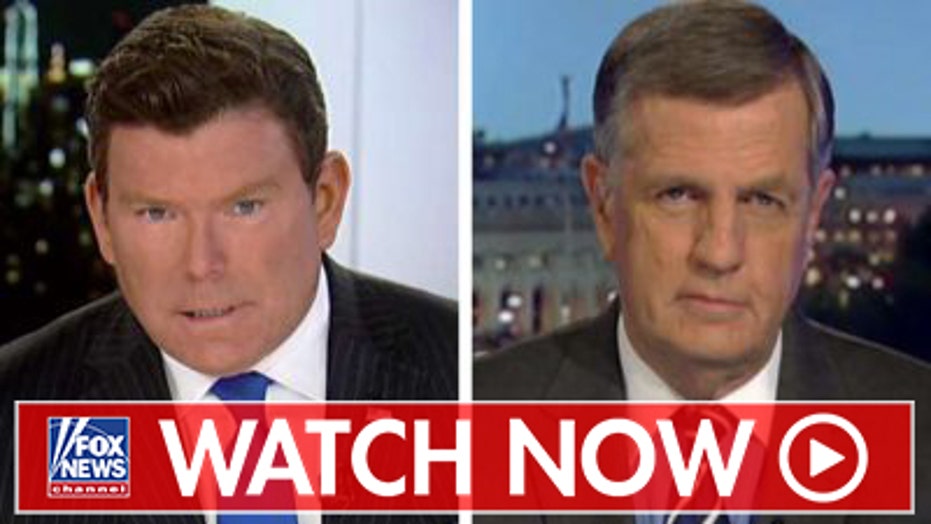 A vote to set the ground rules for the impeachment inquiry process is House Speaker Nancy Pelosi's way of busting a key Republican argument, according to Brit Hume.

Pelosi, D-Calif., scheduled a vote to establish parameters of the Trump impeachment inquiry as a way to stop the GOP from claiming it's an "illegitimate process," Hume said Monday on "Special Report."

"I think that what she's doing is, she's trying to take away the Republican argument that this whole thing is tainted because it's the product of an illegitimate process -- in part because there was never a full House vote to commence the impeachment inquiry," he added.

Hume noted Pelosi's planned roll call wouldn't be that type of vote either.

"This vote is, I gather, to approve the next steps in an investigation the House never authorized in the first place -- at least that's what I think Republicans will argue," the Fox News senior political analyst said.

He added that Senate Republicans would hold the final vote in any impeachment process -- whether or not to convict a president of offenses listed in House articles.

Hume said any examples Republican senators could then cite to make claims about illegitimate inquiries and "tainted" investigations would help them make a case to acquit President Trump if the impeachment process were to reach the Senate.

She continued, "We are taking this step to eliminate any doubt as to whether the Trump administration may withhold documents, prevent witness testimony, disregard duly authorized subpoenas, or continue obstructing the House of Representatives."

Fox News has learned the vote is set to take place Thursday on the House floor.