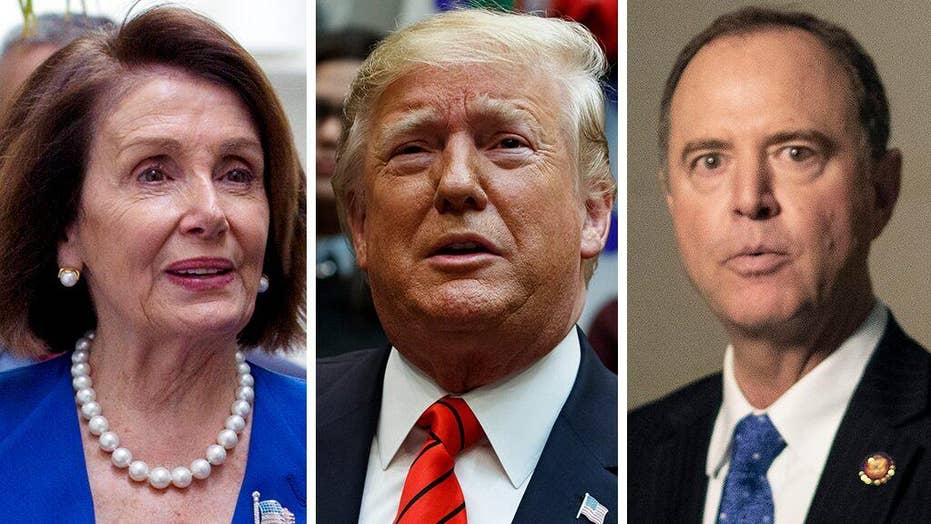 House Speaker Nancy Pelosi said Monday the House will vote this week on a resolution to formalize -- and establish the parameters -- of the Trump impeachment inquiry.

Fox News has learned the vote will take place Thursday on the House floor.

It is not an actual article of impeachment, but rather a resolution that sets process ground rules.

House Minority Leader Kevin McCarthy, R-Calif., told Fox News: "What it authorizes is that we were right. You can’t go back now."

"I take pride in the fact that our vigorous response to their underhanded tactics ended up making the House Democrat position untenable," Graham said Monday. "Today, they were forced to change course."

Pelosi made clear in her letter that the vote is being conducted because of the Republican complaints. She accused Trump and his GOP allies of holding the position that "because the House has not taken a vote, they may simply pretend the impeachment inquiry does not exist."

Even as she announced a formal vote, Pelosi insisted Monday that this argument "has no merit."

“This resolution establishes the procedure for hearings that are open to the American people, authorizes the disclosure of deposition transcripts, outlines procedures to transfer evidence to the Judiciary Committee as it considers potential articles of impeachment, and sets forth due process rights for the president and his counsel,” she said. 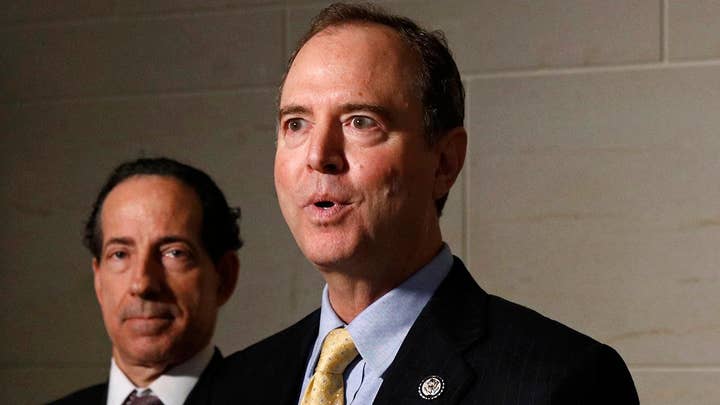 In a statement, California Rep. Adam Schiff, the chairman of the House Permanent Select Committee on Intelligence and a key Democrat involved in the inquiry, said: "This week, we will bring to the floor a resolution that establishes the format for open hearings that will be conducted by the House Intelligence Committee as part of the House’s ongoing impeachment inquiry, as well as procedures to transmit any evidence or report to the Judiciary Committee. The American people will hear firsthand about the president's misconduct.”

Just two weeks ago, Pelosi met with the Democratic caucus and said that there would be no formal vote at that point on the launch of formal impeachment proceedings, despite the GOP pressure. But Democrats said Pelosi is now embracing a vote for strategic reasons.

“She wants to nullify their process argument,” a senior Democratic source told Fox News. “That’s all they talk about. Republicans won’t touch the substance. So this is her way of forcing their hand.”

On Wednesday, the Democratic chairman of the Rules Committee, Massachusetts Rep. James McGovern, said the committee will mark up the impeachment procedure resolution Wednesday. Fox News is told that the resolution should be available for review Tuesday but is not yet complete.

“As committees continue to gather evidence and prepare to present their findings, I will be introducing a resolution to ensure transparency and provide a clear path forward, which the Rules Committee will mark up this week. This is the right thing to do for the institution and the American people,” McGovern said.