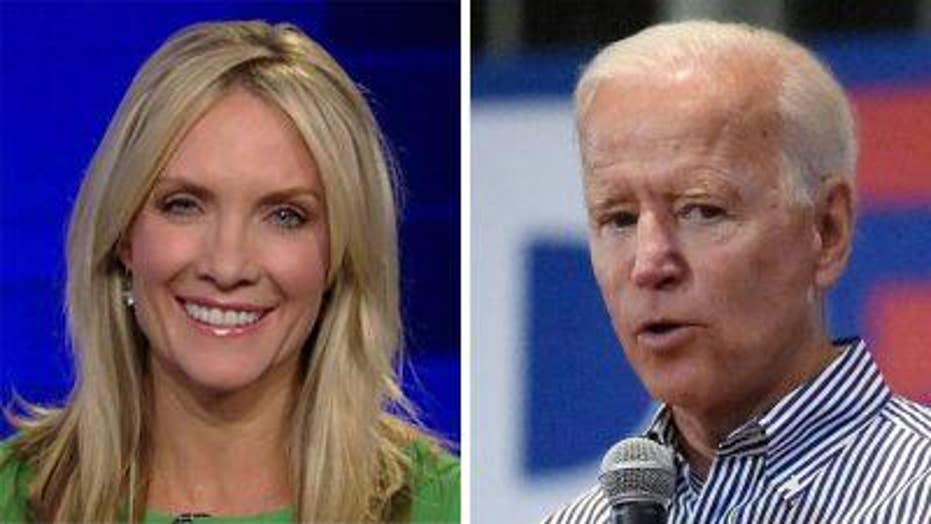 Author Mollie Hemingway claimed that 2020 was President Trump's election to lose and that former Vice President Joe Biden was such a bad candidate, it would be incredibly difficult for him to compete against the president.

"I do not see how he could even hope to compete against Donald Trump," Hemingway said during Thursday's "Hemmer Time" podcast.

She added that the more that Democratic voters saw Biden committing gaffes, the "more they're going to be nervous."

Despite Biden's strong polling numbers and relationships with donors, Hemingway predicted that the former vice president likely wouldn't even win the party's nomination.

Hemingway pointed to Sen. Elizabeth Warren, D-Mass., saying she was running "an incredibly smart campaign" and could appeal more to the increasing numbers of single women who held sway over the party's direction.

Warren, Hemingway said, would be a better candidate than former Democratic presidential nominee Hillary Clinton was in 2016, but not necessarily good enough to beat Trump.

"Hillary Clinton -- people underestimated just how much legitimate baggage she had going back decades. People had built up a really long list of reasons for why they didn't like Hillary Clinton," Heminway told Fox News host Bill Hemmer.

Trump's campaign, according to Hemingway, had to worry about maintaining the vote among suburban women who were emotionally turned off by his rhetoric on Twitter.

She said that even if Trump continued using inflammatory rhetoric, however, voters could still support the president given how extreme the Democratic Party was becoming. Trump's 2016 voters would also likely support him again -- in addition to conservatives who refused to back him during his initial run.

“You had people who really were Republican or really were conservative and they didn't trust Donald Trump or they didn't like his rhetoric -- they now have had three years to witness how he governs. They’re probably really happy with that," she said.

"I mean, no matter the issue, if it’s deregulation or tax reform or pro-life issues or judges or any of these issues -- they could not be happier. You’re getting better results with Donald Trump -- inexplicably -- than you got with people who really talked the talk and had been lifelong conservatives.”

Hemingway also argued that media outlets had failed to learn lessons after the 2016 election.

"They responded to their obvious failures in 2016 by getting worse," Hemingway said. "You would have thought that what they would have done was improve -- focus on facts as opposed to pushing a narrative, hiring people who don't share their far-left views, making structural changes in the newsroom," she said.

She added that the media instead "rolled right into the Russia collusion hoax where they argued for years that the reasonable explanation for their failures was not that they didn't know what was going on in the country but that Donald Trump was the Manchurian candidate who had secretly conspired with Russians to steal the 2016 election."

Rather than admitting fault with the Russia narrative, she said, the media was hopping onto a Democratic narrative that accused people who didn't share their politics of racism.