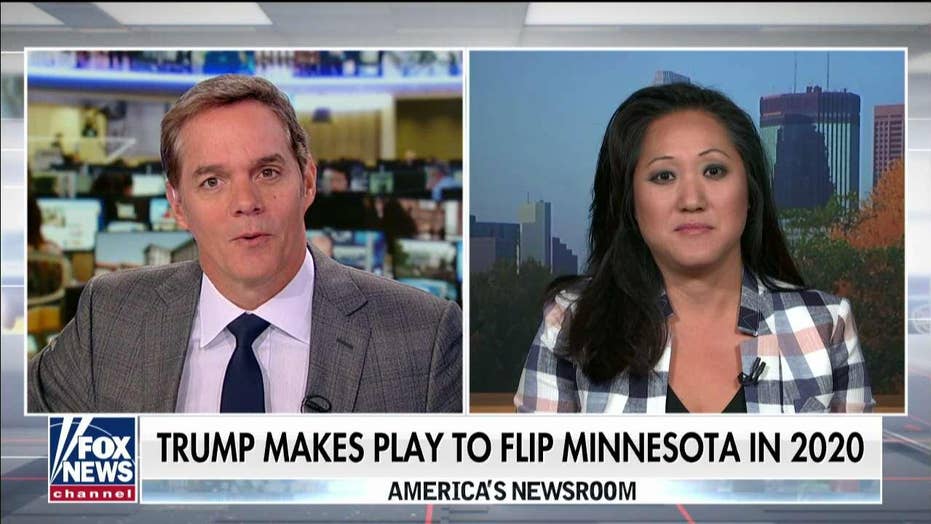 As President Trump gears up for a campaign stop in&nbsp;Minnesota with the&nbsp;hopes of turning the state red in 2020, Minneapolis Mayor Jacob Frey pushed back on the event and was accused of stifling free speech and the freedom of the press, by Minnesota's GOP chair&nbsp;Jennifer Carnahan.

As President Trump gears up for a campaign stop in Minnesota on Thursday, Minneapolis Mayor Jacob Frey pushed back on the event and was accused by the state's GOP chairwoman of stifling free speech and the freedom of the press.

"The mayor went out, right away with a press statement and a press release saying that if there were a legal mechanism for him to prevent the president from coming into our city he would do it," Jennifer Carnahan said on "America's Newsroom."

"This mayor has completely abused the power of his office to play partisan politics," she added. "He's the one that's divisive. He's being combative... and, quite honestly, he's stifling the First Amendment rights of people in our state."

During his Tuesday press conference, Frey, a Democrat, said, "We’ve all seen the rhetoric that is pushed out at these Trump campaign rallies. It is hateful, it is divisive, and we do not welcome that kind of rhetoric here in Minneapolis." 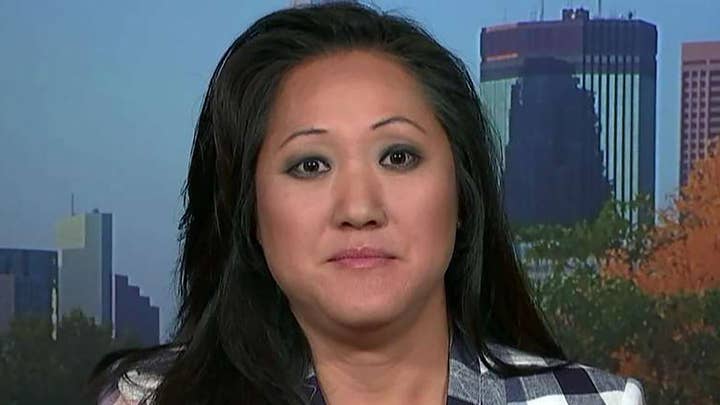 Carnahan also claimed Frey is preventing members of the press from interviewing rally-goers while they wait in line, after his previous attempts to hobble the event failed.

"He is [intefereing with the media]... They're blocking people," she said. "Everyone's lining up in the skyways -- thousands of people and they are not allowing the media to go in there and talk to the rally-goers as they wait in line."

Carnahan also said the president feels confident he can win back the state for Republicans after he came within one and a half percentage point of Hillary Clinton in 2016.

"His strength is going to be there. We have been on the ground since June. We are going to do everything we can to flip Minnesota and deliver our 10 electoral votes to the president. Which would be the first time for Minnesota since 1972."

Frey had previously sought to charge the Trump campaign more than $500,000 to use the Target Center for the rally.