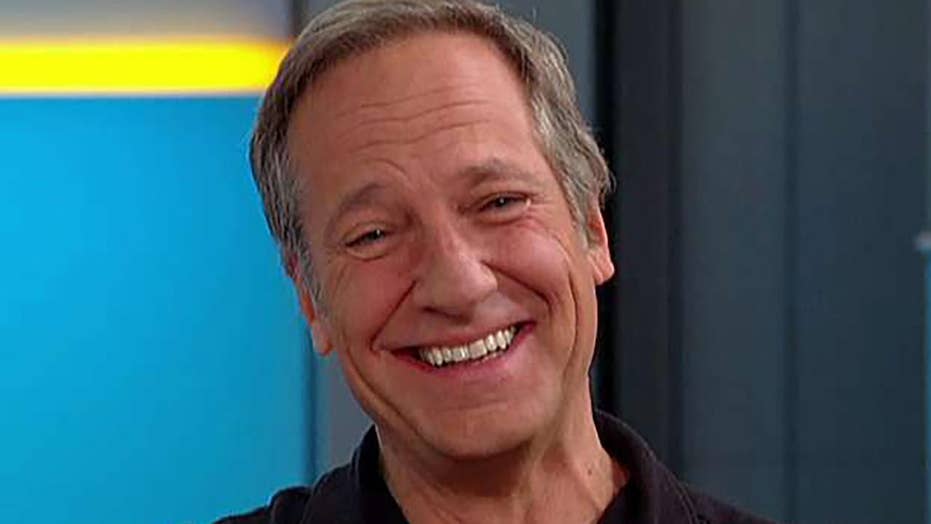 TV host and author Mike Rowe weighs in on California's economic struggles, Bloomberg's new jobs plan and the return of his show 'Returning the Favor' on Facebook Watch.

Amid California’s pressing homeless crisis and exodus of manufacturing jobs, TV host and author Mike Rowe on Friday reacted to a Forbes op-ed calling on him to run for governor of the Golden State in 2022.

“It’s very flattering,” Rowe told “Fox & Friends,” noting that he had read the article but stopping short of throwing his hat in the ring.

"What California must do is broaden its base of industries and not be dependent on the few I mentioned earlier along with its addiction to stock and real estate gains," Rich Karlgaard wrote in the piece. "Why I like you as California governor, Mike, is that you’re the perfect spokesman for the kind of industries and jobs that California needs to bring back: Manufacturing jobs, highway expansion jobs, water system jobs, energy jobs.”

MIKE ROWE TALKS 2020 WITH TUCKER CARLSON: HOW A CANDIDATE CAN CONNECT WITH VOTERS

Rowe said that capital gains tax revenues are a disproportionate part of California's state budget and that homelessness was an issue.

“All [capital gains] are tied to real estate and the stock market. Those things are going to come down. When they come down, that money is going to dry up," he said. "I mean, manufacturing is gone, aerospace is gone, banking is gone, energy is gone."

“What’s going to happen in a couple of years when things come back to Earth?” Rowe asked

"Governor Gavin N has done a really bad job on taking care of the homeless population in California. If he can’t fix the problem, the Federal Govt. will get involved!" Trump tweeted on Christmas Day.

California has led the nation in the number of homeless people with an estimated total of over 129,972 in January 2018, according to a Department of Housing and Urban Development [HUD] report. Just over 68 percent of the homeless population in California, the most populous U.S. state, is also categorized as unsheltered.