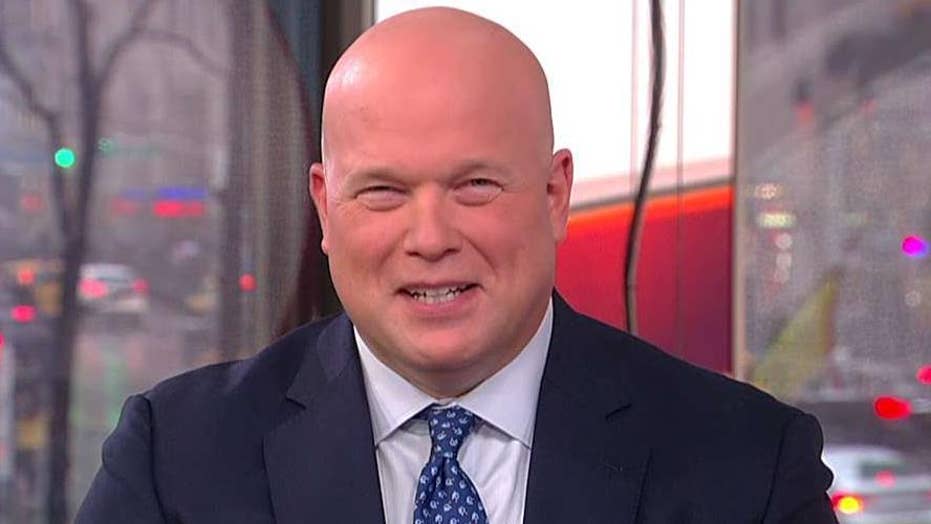 Matt Whitaker: Lisa Page is trying to shape the narrative ahead of release of Justice Department IG report

Former Acting Attorney General Matthew Whitaker argued on Monday that President Trump would be justified in not participating in the House Democrats’ impeachment inquiry because the process is "rigged" against the commander-in-chief.

“Why would you participate in a process that is completely rigged against you?” Whitaker said on “Outnumbered Overtime.”

“Americans understand what fairness is. Fundamental fairness is in our core. This is not a fair process,” Whitaker said.

House Judiciary Committee is set to call witnesses to testify at a Wednesday hearing regarding the possible impeachment of President Trump, but their identities are being kept hidden not just from the White House, but even members of the committee itself.

Committee Chairman Rep. Jerrold Nadler, D-N.Y., gave the White House until Sunday evening to decide if they would like to participate in Wednesday’s hearing and gave Trump until Friday to determine whether he would mount a defense at future hearings. (The White House announced Sunday night that Trump and his lawyers would not participate in the House Judiciary Committee’s first impeachment hearing.)

“We're going to have an academic hearing on Wednesday, which, by the way, gang, we don't even know who their witnesses are yet, said Rep. Doug Collins, the ranking Republican member of the House Judiciary Committee. "We don't even know how to prepare. We've asked for fairness. We've not got an answer back on that.”

HOUSE JUDICIARY DEM ADMITS EVEN HE HAS NO CLUE WHO NADLER’S WITNESSES ARE, AS TRUMP FACES DEADLINE

Even Rep. Hakeem Jeffries, D-N.Y., admitted Sunday that he did not know who will be testifying. All that is known so far is that there will be four witnesses who are constitutional law experts. Three will be chosen by the Democratic majority and one by the Republican minority.

"In previous impeachments like the [President Bill] Clinton impeachment, they [Democrats] were given two and half weeks to prepare for witnesses, [so] that they then could bring a lawyer and cross-examine. In this example, they don’t even know who these witnesses are on Wednesday.”