Rep. Doug Collins, R-Ga., blasted House Democrats Monday for continuing to hold impeachment hearings against President Trump and went after former FBI lawyer Lisa Page, who is speaking out in a new interview.

"Jerry Nadler is running a circus again and we're prepared for it on Wednesday,” Collins told “Fox & Friends" Monday, calling the House Judiciary Committee hearings another "sideshow" by Democrats.

HOUSE JUDICIARY DEM ADMITS EVEN HE HAS NO CLUE WHO NADLER’S WITNESSES ARE, AS TRUMP FACES DEADLINE

Just days before the House Judiciary Committee is set to call witnesses to testify at a hearing regarding the possible impeachment of President Trump, their identities are being kept hidden not just from the White House, but even members of the committee itself. 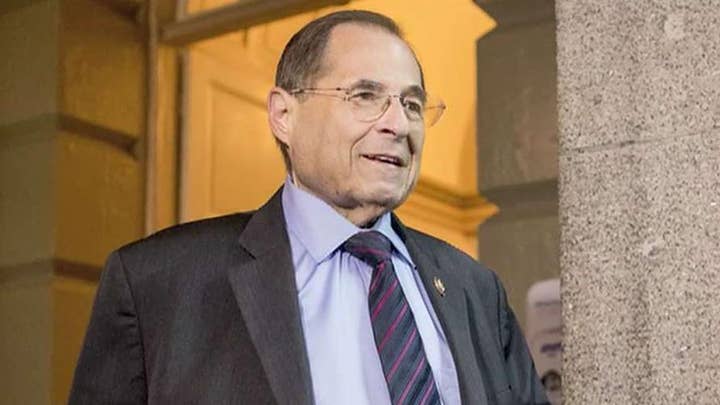 “We're going to have an academic hearing on Wednesday, which, by the way, gang, we don't even know who their witnesses are yet, said Collins, the ranking Republican member of the House Judiciary Committee. "We don't even know how to prepare. We've asked for fairness. We've not got an answer back on that.”

Committee Chairman Rep. Jerrold Nadler, D-N.Y., gave the White House until Sunday evening to decide if they would like to participate in Wednesday’s hearing and gave Trump until Friday regarding a defense at future hearings. (The White House announced Sunday night that Trump and his lawyers would not participate in the House Judiciary Committee’s first impeachment hearing.)

Still, even Nadler's fellow New York Democrat and committee member Rep. Hakeem Jeffries admitted Sunday that he still did not know who will be testifying. All that is known so far is that there will be four witnesses, they will be constitutional law experts, and that three will be chosen by the Democratic majority and one by the Republican minority.

Meanwhile, in an interview published late Sunday, Page, the ex-FBI lawyer who carried on an extramarital affair with former FBI head of counterintelligence Peter Strzok, said it was not "fathomable" that she broke the law.

Page and Strzok exchanged a series of anti-Trump text messages that fueled suspicion that there was a conspiracy within the FBI and intelligence community against the Trump presidency. In an interview with The Daily Beast, she said Trump's comments at a rally in October that mocked her and Strzok over the affair were "the straw that broke the camel’s back," and she decided she had to speak out.

Collins said Page and Strzok were part of a "corrupt cabal" within the Justice Department that was seeking to "undermine" Trump.

"It's amazing now how all these folks have now started coming out. As the Horowitz report gets closer, as Mr. Durham continues his investigation, how they're now trying to paint themselves as just concerned patriots," he said, referring to two investigations into potential misconduct by the FBI in starting the 2016 Trump-Russia probe.