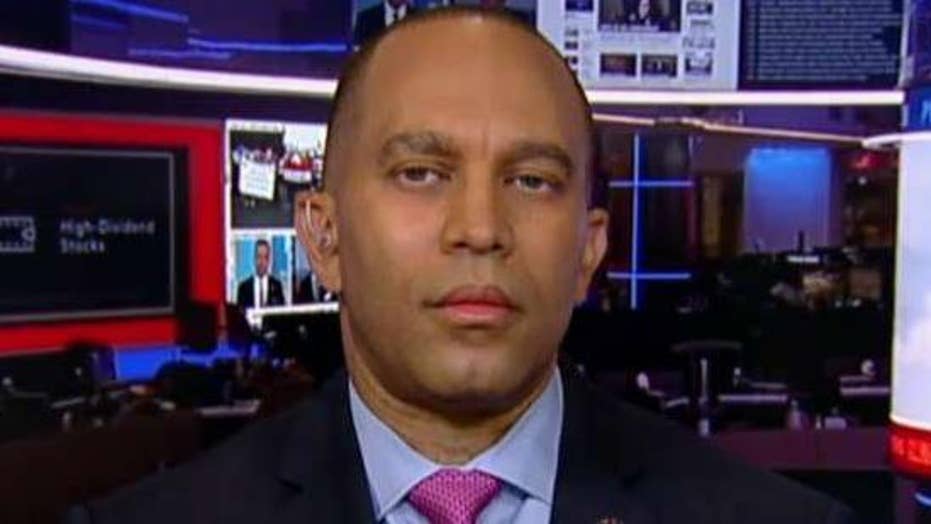 Three days before the House Judiciary Committee is set to call witnesses to testify at a hearing regarding the possible impeachment of President Trump, their identities are being kept hidden not just from the White House, but even members of the committee itself.

Committee Chairman Rep. Jerrold Nadler, D-N.Y., gave the White House until Sunday evening to decide if they would like to participate in Wednesday’s hearing, and gave Trump until Friday regarding a defense at future hearings. But Nadler's fellow New York Democrat and committee member Rep. Hakeem Jeffries admitted Sunday that even he still does not know who will be testifying,

“The committee hasn’t been provided with that information yet,” Jeffries told “Fox News Sunday.”

All that is known so far is that there will be four witnesses, they will be constitutional law experts, and that three will be chosen by the Democratic majority and one by the Republican minority.

When asked why it could not have been two witnesses for each side, Jeffries stated, “Well that’s something to be discussed,” but then shifted to discussing the Trump appointees who previously testified before the House Intelligence Committee.

Earlier in the program, House Judiciary Committee ranking member Rep. Doug Collins, R-Ga., called out Democrats for the time crunch they have imposed on Republicans and the White House, along with a lack of information regarding the next stage in the impeachment process. Collins claimed Nadler gave neitherTrump nor Republicans enough time to determine how to move forward. The Intelligence Committee’s report on the previous testimony has yet to be released, and Collins said it is not expected until the night before or even the morning of Wednesday’s hearing.

“Chairman Nadler sent a letter asking us by Friday to present this list and present all the things that we would like to do,” he said. “However, we’re not going to see the Schiff report, as it is going to be known, out of committee until Tuesday night, possibly Wednesday morning before we get to see it.”

Jeffries did note that he would be happy to hear from any defense witnesses who could assist Trump in fighting allegations that he improperly withheld military aid from Ukraine in exchange for investigations into former Vice President Joe Biden and his son Hunter.

“If the president would like to come forward and present an actual witness who can provide some exculpatory information as to why the aid was withheld, we all would welcome that,” Jeffries said.

Jeffries, the chairman of the House Democratic Caucus, also pushed back against claims that his party has been out to impeach Trump from the moment he took office. Despite efforts to investigate Trump based on allegations that his 2016 campaign colluded with Russia, that Trump himself tried to obstruct that investigation, and now the current Ukraine allegations, Jeffries claimed impeachment was not the Democrats’ goal from Day One.

“As it relates to the impeachment inquiry that we’re in right now, we are here reluctantly,” he said. “The impeachment of a president is not something we came to Congress to do.”