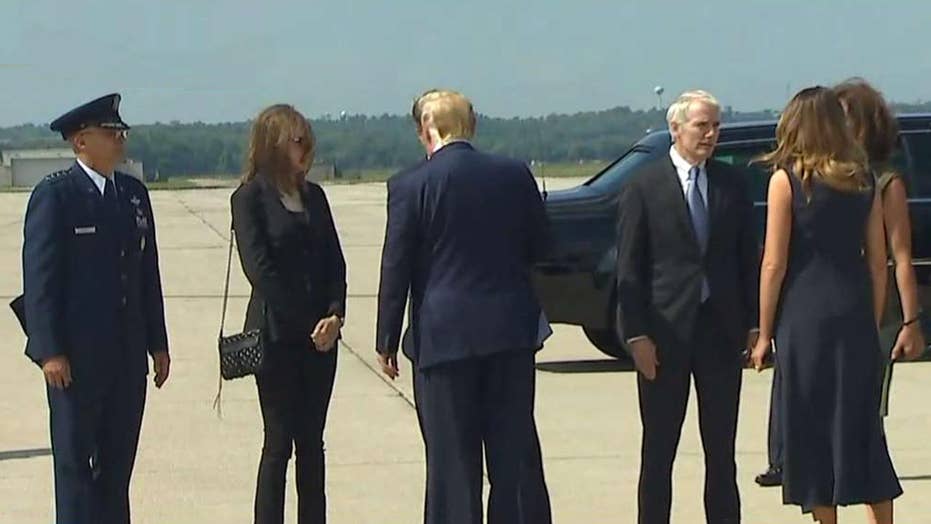 Martha MacCallum breaks down what can be expected out of President Trump's visit to Dayton, Ohio.

Blaming President Trump in the wake of two mass shootings last weekend “isn’t where we want to be right now” in a “national moment of crisis,” “The Story” host Martha MacCallum said on Wednesday.

Trump traveled to Dayton, Ohio, Wednesday morning to visit the site of last weekend’s mass shooting. The perpetrator -- 24-year-old Connor Betts -- wore a mask, bulletproof vest, and hearing protection. He was killed by police within 30 seconds of opening fire.

He still managed to kill nine and wound 27 with a .223-caliber high-capacity rifle with 100-round drum magazines. One of the people he killed was his 22-year-old sister.

The shooting happened just hours after another man in his twenties with an anti-immigrant manifesto shot and killed 22 people in an El Paso Walmart. 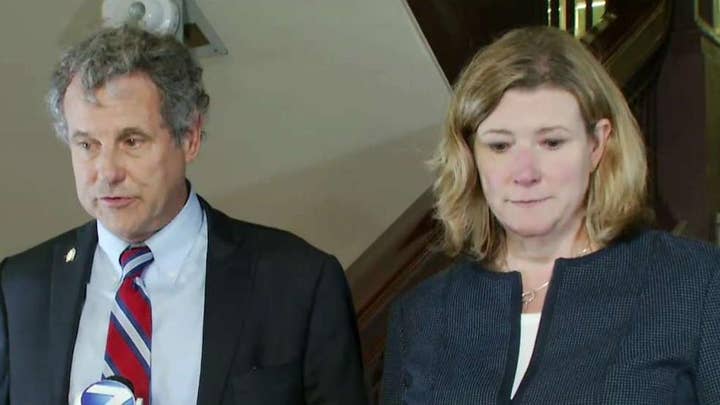 “If the president wasn’t going, the criticism would be that he isn’t going."

Democrats denounced the president’s address on Monday. 2020 presidential candidates challenged the president for not mentioning the roles high-powered weapons played during the weekend of violence.

Additionally, they called him out for discussing a potential link between violent video games, internet bigotry, and mental illness, as well as for misstating the name of the Ohio city hit by tragedy.

“It feels like it isn’t where we want to be right now in terms of this conversation and pointing that kind of blame,” MacCallum said.

Describing the El Paso shooter she remarked, “The seeds of his hatred and his evil go far deeper than anything he might have heard someone say -- the president, even -- on television.”

According to ABC News, the two shootings in Dayton and El Paso have brought the total number of such incidents up to at least 17 — an average of one every 12.7 days this year.

“This is something that I think the country wants to address,” MacCallum told Hemmer and Smith. “We’re in a national moment of crisis here. You’ve got an extraordinary number of these shootings that have happened in our country and it reminds me of, in some ways, the 9/11 moment.”

MacCallum said she believes the next steps could potentially be addressed with the Red Flag laws the president and Sen. Lindsey Graham, R-S.C., are pushing for. She questioned if there was a way for schools and “different data points who have had run-ins” with potentially dangerous people could be “part of a base that pop[s] up” during background checks.

“There are things in these peoples’ pasts. There always are, that surface,” she noted.

“The president said this in that speech, ‘Hatred warps the mind. It ravages the heart. Open wounds cannot heal if we are divided. We need to seek bipartisan solutions.’ So you have to ask yourself, how is that going to come together?” she asked.

“Are there any people on both sides who are willing to sort of put aside some of their feelings on these issues and say: where do we have things in common? What can we do for the United States?”