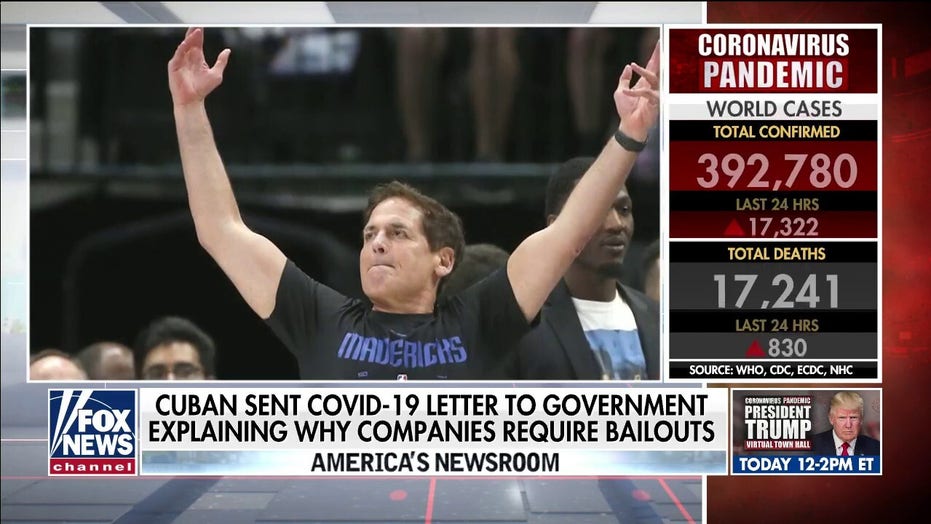 The nation will face "social unrest" if money doesn't quickly go out to Americans struggling under the threat of the coronavirus pandemic, Dallas Mavericks owner and billionaire Mark Cuban said Tuesday.

In an interview with "America's Newsroom's" Ed Henry, Cuban said that everybody is in this fight against the deadly virus together and that any partisan political ploys were wrong.

Democrats and Republicans have squabbled over the terms of a potentially lifesaving stimulus bill for over a week with no concrete bipartisan results for their constituents.

The Senate GOP had initially introduced its own nearly $2 trillion package, spearheaded by Senate Majority Leader Mitch McConnell. However, after stalling any real progress, on Monday Democrats -- under the leadership of House Speaker Nancy Pelosi -- introduced their own $2.5 trillion proposal. The 1,400-page proposal included additional legislation that had nothing to do with the COVID-19 outbreak, drawing a swift rebuke from their colleagues across the aisle.

In a series of tweets on Tuesday morning, he pleaded: "Congress must approve the deal, without all of the nonsense, today. The longer it takes, the harder it will be to start up our economy. Our workers will be hurt!"

"Our people want to return to work," he continued further. "They will practice Social Distancing and all else, and Seniors will be watched over protectively & lovingly. We can do two things together. THE CURE CANNOT BE WORSE (by far) THAN THE PROBLEM! Congress MUST ACT NOW. We will come back strong!" 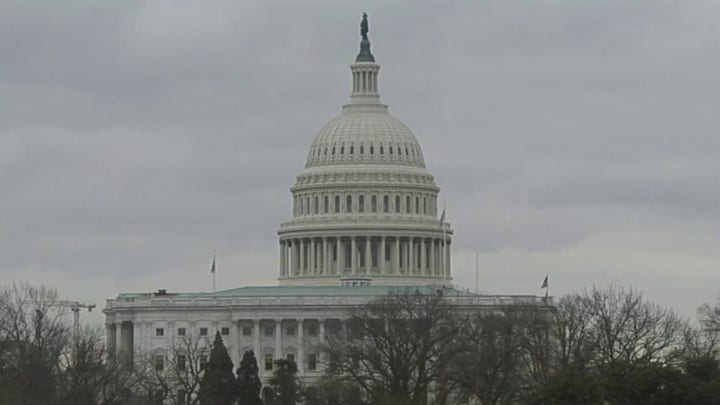 "Well, I think both sides are getting it wrong," Cuban remarked. "There's no such thing as a perfect deal. And perfection is the enemy of progress."

Cuban said that what needs to be done above all else is to get a deal that puts money in the hands of struggling Americans and then politicians "can deal with the rest later."

"Because, what really matters are the people who can't pay their rent, can't pay their bills, are terrified about what comes next because maybe they have enough to get through this month, but if this goes on for two months or whatever they have no idea what's going to happen in their lives," he told Henry. "That's wrong and this should have been done three days ago if not sooner."

"When people are not able to feel confident that they can pay their bills or that they can live their lives without, you know, going bankrupt, then you get the issues of social unrest," he concluded. "And so, that's why money comes first."